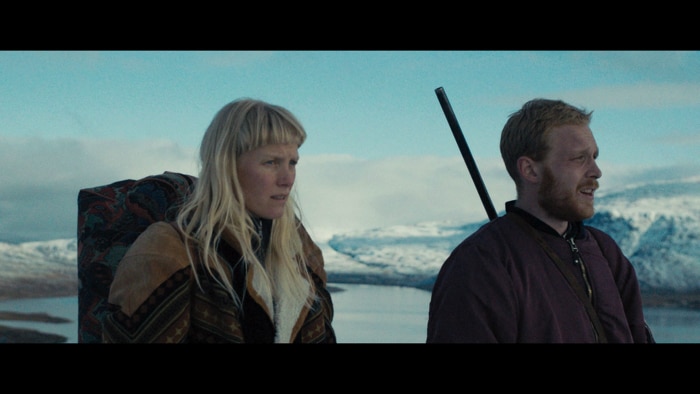 The vast wastelands of Lapland are the setting for this tortured tale of limited opportunities for those fighting to survive an uncertain future. Traditionally, mining and reindeer herding offered a reasonable living for men like Rupi (Paaru Oja) and his reindeer-herder father, who occupy their own land. But with resources dwindling mining-wise, the county has issued a contract for forced possession and Rupi’s father is resisting the change at all costs. Rupi is also trapped by his love for the vivacious Riita (Laura Birn) who is married to his Goth friend Lievonen (Back), and has also caught the eye of the mine’s ruthless boss Kari (Tomi Korpela) whose only interest is shoring up his faltering business – which requires him to dig deeper and deeper, quite literally – and keep his staff on the job offering hard drugs as a pacifying incentive to keep on keeping on.

Although the drama loses some of its captivating power by the final stages The Last One succeeds in conjuring up the bleakness and strange beauty of this Northern European country and its pioneering hard-bitten people. Veiko Ounpuu’s ‘Eastern Western’ is Estonia’s Oscar hopeful for Best International feature in the 93rd Academy Awards.

Rupi (Paaru Oja) also deals drugs on the quiet, and Kari is his biggest customer. After a gruelling day the workers kick back in booze-soaked evenings of dancing and carousing where the bibulous chain-smoking Riita is the toast of the town sharing her good humour with all the men on the dancefloor, including Kari, who is intoxicated by her blonde looks, and able to provide the luxuries she only dreams of, stuck with her trailer trash partner LIevonen. But as tensions come to a head between the men, so the narrative spins out of control.

Despite its tonal unevenness The Last Ones works well as an exploration of a community in crisis, the fraught human interactions interweaving with serene sequences of barren tundra landscapes captured in Sten-Johan Lill’s widescreen visuals. Music plays a vital part too, with a 1970s retro feel echoing the lost horizons of these desperate grifters whose lives revolve around survival as they cling to the past. Eventually tragedy is the only outcome for some and this plays out appropriately to the sounds of the Byrd’s Lay Lady Lay, adding further grist to the Nashvillian feel of the piece as these last swingers in town fight to make sense of a future that surely must beckon somewhere in the wilderness, if they can only move on. MT