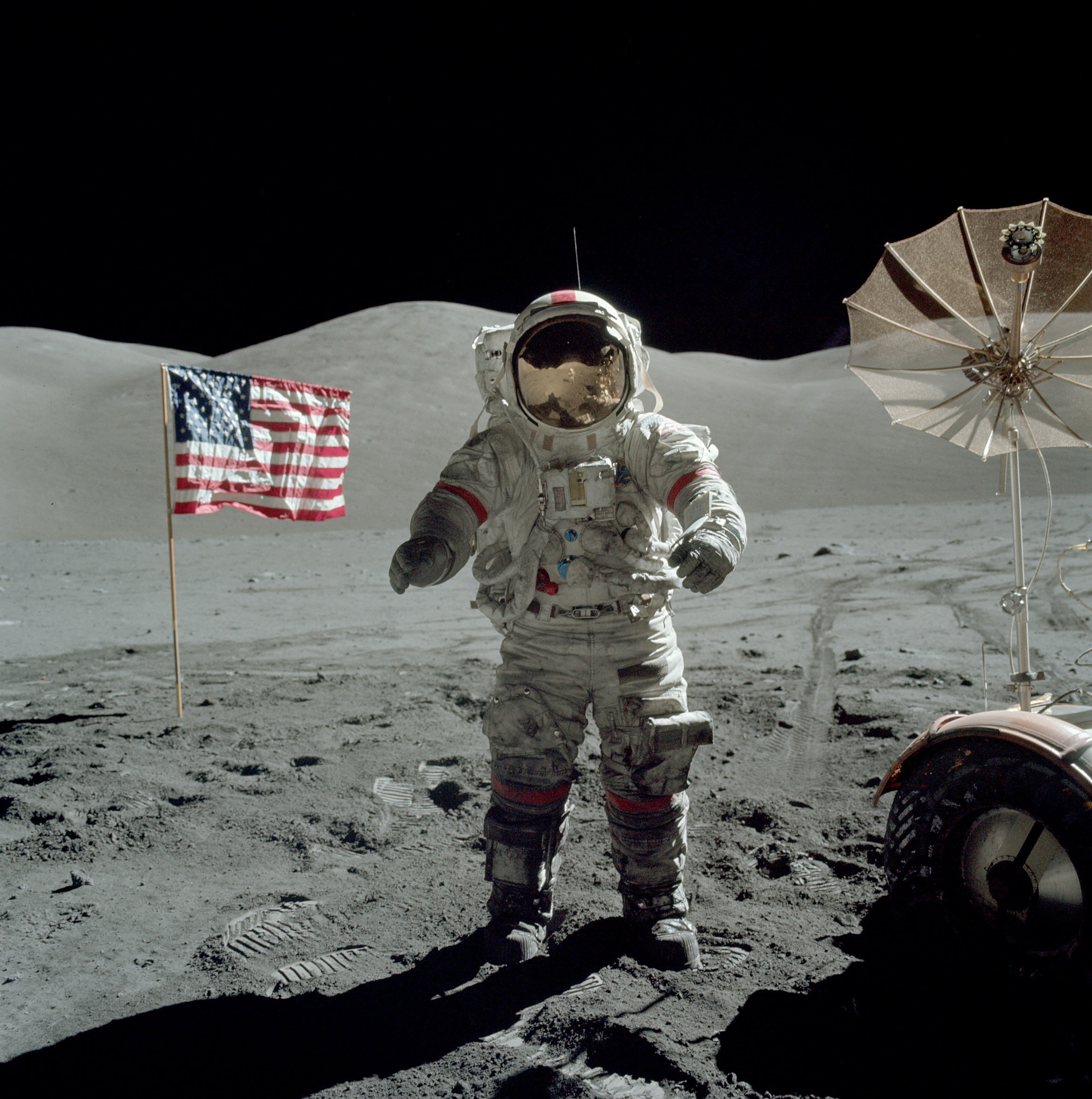 British based director Mark Craig has made a name with a handful of documentaries featuring racing drivers amongst them  Jackie Stewart: The Flying Scot.  His portrait of three times space traveller and NASA pilot Eugene “Gene” Cernan is great on visuals but lacks an analytical angle, resulting in a near hagiography of Cernan, who is also his co-writer.

Now in his eighties Cernan was a pilot on Gemini 9A in 1966, a Lunar Module Pilot of Apollo 10 in 1969 and Commander of Apollo 17, the final Apollo Lunar landing in 1972. Leaving his footprints and the scribbled initials (TDC) of his daughter Teresa Dawn Cernan behind, he became an instant celebrity touring the globe for years. Now living in a Texas ranch, Cernan had a rural upbringing and was awarded a BS at the University of Purdue. He became a fighter pilot for the Navy and reached the rank of Captain. Employed by NASA, he was part of a close circle of friends, who even lived near each other with their families. Some of them became victims of accidents – death was never far away for the families of the astronauts.

The documentary is worth watching primarily for Tim Craig’s (Power of Art) visuals which are simply stunning: together with the archive films, the beauty of space is overwhelming. Craig also shows the now deserted launching ramps at Kennedy Space Centre, where weed and grass have taken over, resulting in one moment of unmitigated sadness for the Cernan, a sunny optimist, who voices his regret at revisiting the place of his greatest triumphs. He is  still in contact with surviving team members, and they reminiscence about their time in the Navy and NASA. Gene’s firs wife Barbara, who could not stand the celebrity life of her husband and divorced him, is interviewed together with his daughter Teresa, who would have preferred to go camping with her Dad, even though she admits that having her initials on the Moon is quiet cool.

Cernan (and his fellow astronauts) are quiet open about their shortcomings: they know that they short-changed their families, lived “in a bubble”, were the political reality of the country (Vietnam War and the Civil-Rights Movement), did not intrude into their closed existence. “The country was going to hell” said Cernan, but we were not affected. The NASA pilots lived a life of hard training and wild parties: “we worked and played hard”. The ex-soldiers talk equally straight about their service in the Navy, a friend of Gene reminding him “that you were not very good at bombing”. Cernan is still living a hectic life-style, travelling non-stop despite his second wife and her family wishing he would calm down.

Craig somehow loses his detachment to Cernan and the other NASA pilots: he forgets that multi-billion projects like the Apollo missions were not just a dangerous and challenging environment for the NASA personal to indulge their manliness, but political exercises, in this case the space race between the USSR and the USA. Craig fails to touch on the controversy surrounding the selection of pilots for particular missions, which often led to lasting resentment: one NASA pilot accusing Cernan of having stolen his flight on Apollo 17 – a charge Cernan fails to defend. In spite of Craig’s un-reflected “Boys Own” approach, THE LAST MAN ON THE MOON is still a great document of history. AS

The Last Man on the Moon is available on iTunes and On Demand from 15 April http://thelastmanonthemoon.com/
[please insert iTunes hyperlink: http://apple.co/1TTFzC8 ]