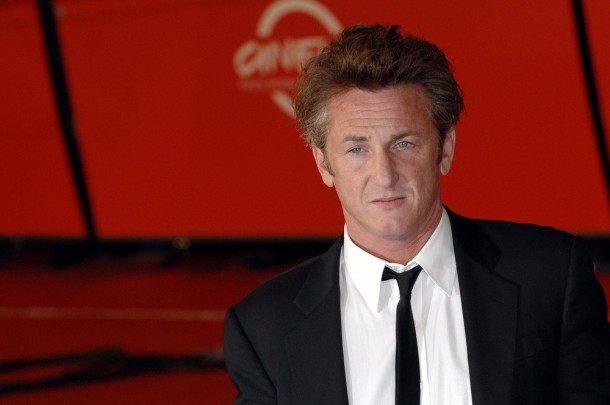 Actor turned director Sean Penn brought his well-crafted but empty action film to the competition line-up in Cannes Film Festival. Many booed and there was slow clapping. Charlize Theron leads and partly narrates this wartorn saga which has not yet been picked up leaving us in no doubt at to its popularity in the harsh world of the film market where the best films are either pre-sold or snapped up within minutes of their press screening in a voraciously competitive marketplace, where the Hollywood eye is on the money. And this is a Hollywood-style movie.

Unspooling in just under two hours THE LAST FACE throw us into the harsh realities of civil war in Africa where Theron plays well-respected Doctor Wren Petersen who divides her time between her office at the UN Human Rights Department and the killing fields of Liberia where the love of her life Dr Love (Javier Bardem) slaves overtime to patch up and save broken bodies in his work for a NGO relief agency. With its melodramatic score and bleeding heart overtones THE LAST FACE is the last word in worthiness with a capital W. That these high-minded and privileged white people should be seen falling in love while they dedicate their lives to ‘poor black people’ is a premise that is both condescending and hackneyed and explicit references to female injuries, rape and pillage (“she was ripped from her vagina to her anus and yet she’s still dancing) feel both crass and strangely misogynistic, reducing women to the level of animal specimens and robbing them of the little dignity they undoubtedly deserve in this humiliating scenario where refugees merely exist to serve the narrative as the inevitable casualities of war, rather than real people with backstories.

Javier Bardem and Jean Reno give their utmost along with a quality ensemble cast, but there is nevertheless an undertow of male superiority in the film’s blatant denegration of Dr Petersens’s character which comes in the opening scenes where, in voiceover, she admits to being the daughter of a man who desperately wanted a male heir, and never felt she existed until endorsed by the love of a ‘good’ man. Whatever happens next brings nothing original to the party and the patent lack of interest in this overblown gorefest – that poses as entertainment – should send Penn sculttling back to the drawing board for some new ideas. MT