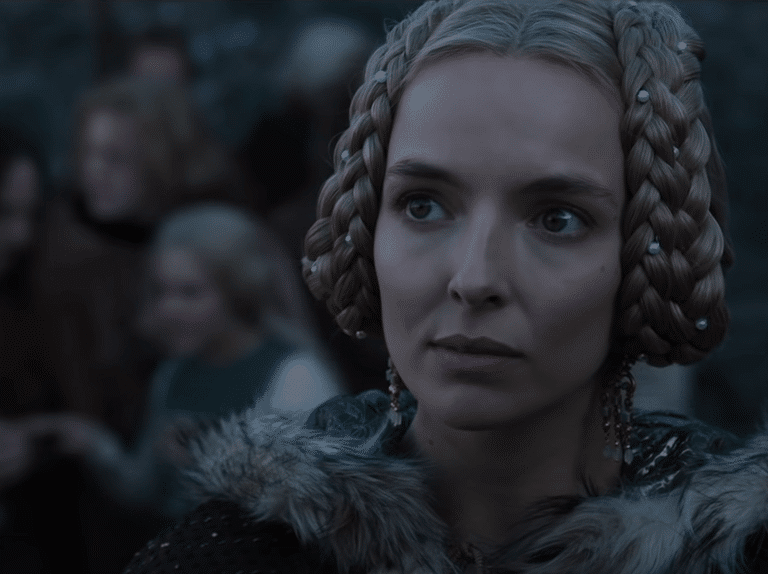 This medieval parable based on a true story feels utterly up to date with its modern rape-revenge theme told from three perspectives: a savvy noblewoman, her pompous husband and the silver-tongued ‘Squire’ who rapes her. Ridley’s Scott’s latest is a magnificently mounted and gory epic, crowned by a string of charismatic performances: Jodie Comer is Marquerite de Carrouges, Matt Damon her husband Sir Jean, and Adam Driver. the squire, Jacques Le Gris. Ben Alffleck is dynamite as his close friend and ally Count Pierre d’Alencon, rocking a saucy blond wig; Alex Lawther plays a mincing King Charles VI. Strange accents are the order of the day – Laurence Olivier would turn in his grave.

Back in the 14th century chivalry was a big thing. And men took their gallantry seriously, and were even prepared to stake their lives on it. Women were merely impotent bystanders in this honour-bound society, and that’s – to an extent – the only flaw in the rape-centred story. Co-writer Nicole Holofcener (Gladiator) serves up revenge from a female point of view primped with contemporary credentials, showing that a woman’s mental resolve can be just as strong as the sword when her own honour is called into question.

Freighted by the gravity of its subject matter, The Last Duel bristles with intrigue from start to finish, a gripping crowd-pleaser that wears its ethical and moral emblems proudly on its 14th-century sleeve. Ridley Scott jostles us through the early part of his film establishing the milieu of brutal battlefield set-pieces finally getting down to business with the crux of the narrative: land-ownership and property in 1386. Norman knight Carrouges is locked in a bitter dispute with his nemesis Le Gris over parcels of land and military preferment. But when his wife Marguerite accuses Le Gris of rape, the feud turns murderous, Carrouges asking King Charles VI for the right to challenge his enemy to a duel.

Based on Eric Jager’s bestseller: The Last Duel: A True Story of Trial By Combat in Medieval France, the macho premise morphs into a female-centric tale reflecting on the putative assault from the three different angles, growing more persuasive as they pass from assailant to victim.

Once again Jodie Comer is the star of the show even through she only grabs part of the screen time from the macho male contingent  in a lavish and entertaining Hollywood style arthouse action drama. MT