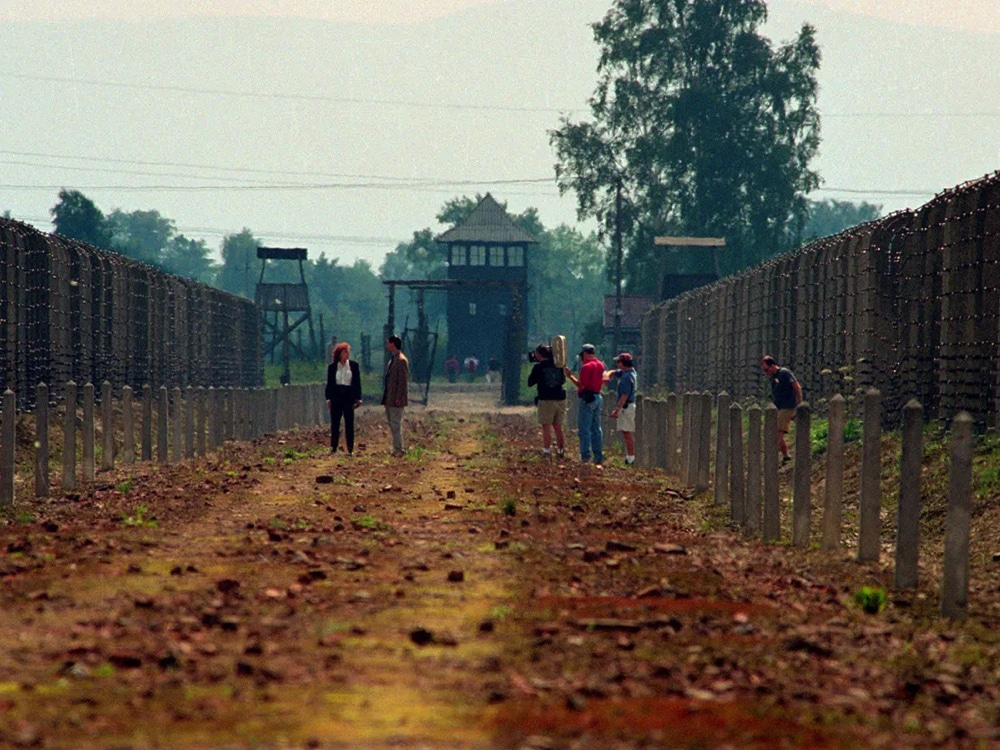 Five Hungarian Holocaust survivors, now settled in the USA, share their memories of Dachau, Auschwitz, and Bergen-Belsen in this astonishing Oscar-winning documentary that sees James Moll (Inheritance) taking them back to their tragic past. The Last Days, was only the American director’s second feature yet it manages to stun with its trenchant insight and archive footage showing the human spirit at its darkest. But there are glimmers of hope.

In March 1944 Germany occupied Hungary with the help of the Hungarian Fascists, the Arrow Cross Party. Nearly half a million Jews were ferried in cattle trucks between 15th of May 1944 and 9th of July 1944 to Concentrations camps in Poland and Germany, where they were murdered. The Jews of Budapest were saved by the arrival of the Red Army. But elsewhere in the country the occupying Germans (and their allies) focussed on annihilating Jewish Hungarians at the expense of the war effort, which was admittedly by this time a busted flush.

Irene Zisblatt, now a grandmother, remembers the day, when her mother sewed diamonds into hem of her skirt – the girl would swallow these and wash them again and and again in Auschwitz, they would provide bread when the going got tough. These diamonds have been fashioned into pendants, given to the first girl in each new generation in the USA.

Alice Lok-Cahana, a painter, is joined by her children, husband and grandchildren for a prayer in KZ Bergen Belsen. Art is her way of re-emerging from the ashes of the Second World War. But there is also survivor’s guilt: business man Billy Basch recalls how he swore everlasting friendship with two fellow inmates. But when the Germans ordered the Auschwitz prisoners on a death march in the winter of 1945, a foot injury prevented one of them from continuing, the SS guard putting paid to their solidarity threatening to shoot all three, leaving their friend to a certain death.

Renee Firestone, a teacher, literally interrogates Hans Munch, a German doctor who experimented with women prisoners: sterilisation and changing the eye colour of prisoners were his speciality. Her sister Klara, who died in June 1945, was one of his victims, Renee is seen putting flowers on her grave. Munch managed to escape indictment at numerous court cases claiming his parents would have been executed had he not obeyed. His mitigating ‘decency’ acted in his favour, compared to the sadism of the other doctors. But when he talks cold-bloodedly about the smell of human fat, the facade slips.

And there is Tom Lantos, the only Holocaust survivor elected to the US Senate, singing the praises of Swedish diplomat Raoul Wallenberg who hid him and others in houses belonging to Swedish diplomats. Lantos is now the proud grandfather of seventeen grandchildren.

DoP Harris Done has a delicate hand, always knowing when to cut if the witnesses are too overcome by grief. With a memorable score by Hans Zimmer, The  Last Days leaves us in no doubt. Over 75 years later the psychological wounds still run deep. AS