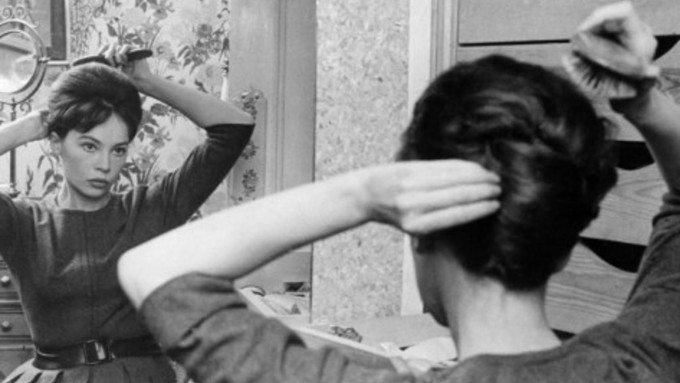 Bryan Forbes started his career in film as a scriptwriter: The Angry Silence (1960), directed by Guy Green, featured Richard Attenborough as a worker caught between management and union. A year later, Forbes would debut as director with Whistle Down the Wind, a near classic, telling the story of three Lancashire children who believe that a hiding criminal is Jesus. But with The L-Shaped Room, based on the novel by Lynn Reid Banks, most famous for her children books, Forbes came nearest to emulating the achievements of the Nouvelle Vague with this quintessentially English example of the movement; Phil Wickam wrote “it feels like half a New Wave film”, which did Forbes not enough credit. Soon after he went to Hollywood and in spite of eventually returning to England, he will be remembered mostly for mainstream works like International Velvet and The Stepford Wives, hardly trashy, but safe and lacking the originality of his early work.

The L-Shaped Room is set in a Notting Hill boarding house which was a grim London quartier back in the day  (the novel was set in even more downtrodden Fulham), where Jane Fosset (Caron), a French girl pregnant from a one-night-stand, moves into the squalid L-shaped attic room. She falls in love with Toby (Bell), who is suffers from low self-esteem and is writing his first novel, which gives the film its title. The house is owned and run by fierce landlady Doris (Bunnage). Like most of her tenants, she is not sympathetically portrayed: “I never close my door to the nigs”, she is obviously a racist – as many were in those days – but too shrewd not to take the money from her black lodger Johnny (Peters, who had just starred in To Kill a Mockingbird).

The ageing lesbian Cicely Courtneidge offers a poignant portrait of lonely later life. When Jane visits a Harley Street doctor, she is told to “marry or have an abortion”; the good doctor is angling for the profitable latter solution, since abortion was still illegal and single parenthood deeply frowned upon at the time. His mercenary character helps Fosset to decide to keep the child. When Toby finds out that Jane is pregnant he leaves her, not able to father a child who is not his own. Caron’s Jane comes across as the only emancipated character in this community of sceptics and traditionalists. The actress had originally rejected the downtrodden female characters penned by Forbes and together they worked at making Jane more of a feminist, It’s a demanding role but Caron pulls it off with tremendous flair. Her rapport with Toby is convincing and Bell is superb as a man in smitten by love but fraught with his own demons. The poignant ending shows Jane walking up the steps with the new lodger (Nanette Newman, Forbes’ wife), saying an effecting goodbye to the room that saw her through such an emotional period of her life. The English girl cannot understand Jane’s affection for the crummy place.

DoP Douglas Slocombe’s grainy black-and-white images shows a London lost in time, closer to the Victorian era than the 20th century. The streets seem shabby, drab and provincial. Cage-like rooms make the place more like an open prison trapping the tenants in an impoverished, curtain-tweeking neighbourhood, where nowadays they would be part of the edgy London scene. The prudishness is over-bearing; when Jane and Toby try to embrace each other in Hyde Park, a warden intervenes. London is not swinging at all in this dingy Notting Hill setting that was simply a poor man’s version of Kensington and would remain so until the 90s. The L-Shaped Room is a celebration of Jane’s emotional awakening in a place of repression and middle-class values. John Barry’s sublime score echoes the heart-rending sadness and emotional desperation in this over-looked masterpiece of British New Wave cinema.

NOW AVAILABLE ON DVD, BLURAY OR DOWNLOAD FROM 27 NOVEMBER 2017 COURTESY OF STUDIOCANAL