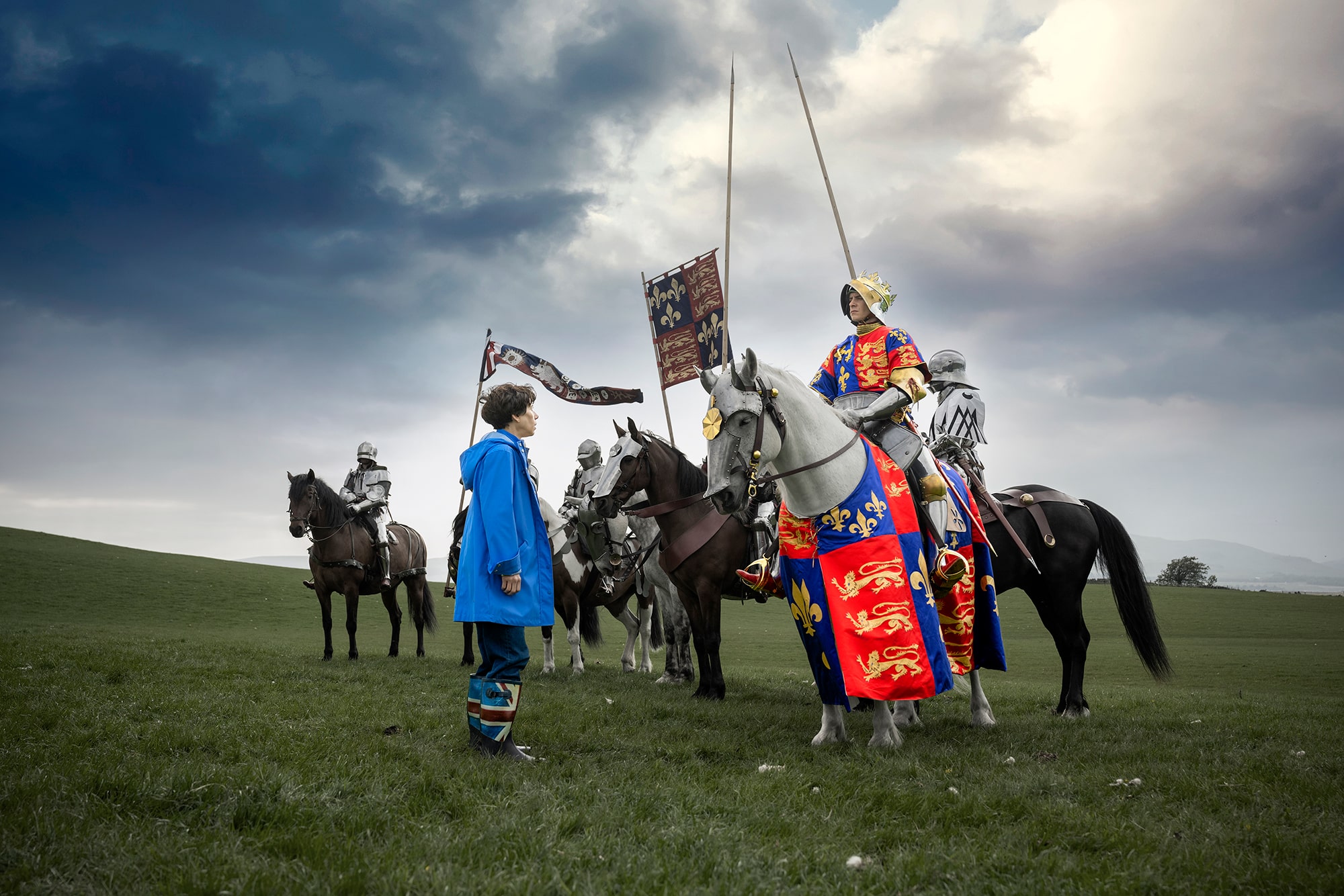 Sally Hawkins plays the researcher who discovered the remains of Richard III in this low-key drama from director Stephen Frears. The result is entirely watchable but ultimately a little uneven, as if it can’t quite decide which story it wants to tell.

Hawkins plays Philippa Langley, a divorced mother of two young teenage boys, who’s passed over at work possibly due to suffering from chronic fatigue syndrome. When she takes one of her sons to see a production of Richard III, she feels an instant kinship with the King (played by Harry Lloyd) and is compelled to learn more about his life.

After becoming a member of the Richard III Society and doing some diligent detective work, Philippa becomes convinced Richard’s remains are buried beneath a car park in Leicester. However, she meets continual resistance from various Leicester authorities, who are then only too pleased to take all the credit once Philippa’s hunch turns out to be correct.

Understandably, given the similar based-on-a-true-story premise, Frears has reunited a significant number of the creative team behind his 2013 hit Philomena, including co-writers Steve Coogan (who has a token support role as Philippa’s supportive ex-husband) and Jeff Pope. Also on board is Philomena’s composer, Alexandre Desplat, who opens the film with a bizarre pastiche of Bernard Herrmann’s theme for Psycho, setting entirely the wrong tone.

That tonal inconsistency continues throughout the film, as the script cycles between several different story aspects seemingly unable to settle on whether it wants to be a fantasy-tinged tale of self-discovery, a symbolic battle against the establishment (men) and injustice, or a heart-warming, lightly comedic family drama. In the end, in trying to be all three elements at once, it fails to fully satisfy in any of them.

Hawkins is on her usual excellent form as Philippa, but it frequently feels like she’s only been given one note to play. On top of that, the conceit of having her essentially haunted by Richard III (Lloyd appears by her side repeatedly, with very little dialogue) largely backfires because she starts to look crazy, especially when passers-by observe her talking to herself in the street.

The script’s most compelling element is the way it addresses how history is written – Philippa isn’t just exhuming Richard’s remains, she’s also restoring his maligned reputation, compounded through the ages by Shakespeare’s play. The film attempts a parallel in the way it suggests the establishment tried to write Philippa out of her own story, but it ultimately comes off as clumsy, something that isn’t helped by a misjudged ending that’s almost laughably sanctimonious and fails to ring true. Matthew Turner

NOW IN CINEMAS NATIONWIDE from FRIDAY