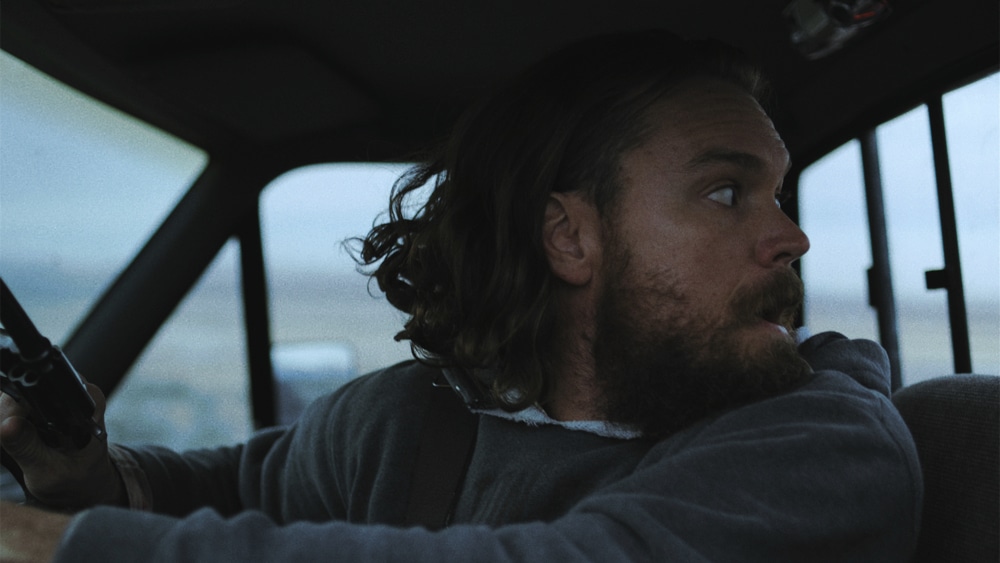 A searingly honest portrait of relationship breakdown plays out like a social realist thriller in the bleak big sky country of snowy Utah.

Wrapped around a simmering central performance from Clayne Crawford who co-wrote the script and plays David, a mixed-up musician who is barely tolerating a break from his marriage to Niki while they ‘work things out”. Niki meanwhile has taken a lover – Derek – into the family home she shares with their four kids, two boys and a teenage girl, who are all apposed to this new set-up.

David is out on limb in many ways – rather like Adam Driver’s character in Marriage Story – he’s in a no-win situation, an articulate wife holding all the cards. An unemployed musician and part-time carer for his ageing father – Bruce Graham in amusing vignette – David also acts as house husband to Niki and the kids. But his self esteem has hit rock bottom, and we see him toying with a gun in the opening scene as he agonises over killing the titular sleeping couple now occupying his own marital home.

The background to this sorry story is left to our imagination – but we can scope out the scene: Niki is sick of running the show financially, David possibly not pulling his weight, so they go for a trial separation, David unable to get Niki or his beloved kids out of his head. We also see the couple declaring love for one another – it’s a familiar situation, and we feel for them both.

The tautly spare narrative gives nothing away and wastes no time in words. It’s an astonishing first feature for writer-director Robert Machoian who joins Clayne Crawford in the writing of an intimate, intense and incendiary realist drama that bursts into flames in the breathtaking final scene that will leave you gasping with its brutal impact.