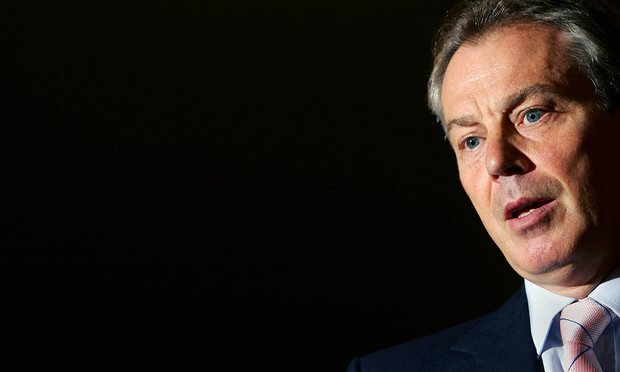 This is the closest a documentary has come to pure agit-prop in recent years: whilst directed by first timers Sanne Van Der Berg, Greg Ward and Daniel Turi (head of research), The Killing$ of Tony Blair is a film by George Galloway, as stated in the production notes.

Blair and Galloway have been intimate enemies for the whole millennium, since Galloway was expelled from the Labour Party in 2003, over his opposition against of the Iraq war. Both men’s reputation has suffered mightily in the last years, and although Galloway is certainly not in the league of the ex-PM, this documentary is very much a case of projection.

Still, as we learned from the Chilcot Report, Blair dragging this country into the war was at least negligent – some might call it criminal. George Galloway to his credit opposed the regime of Saddam Hussein, when Western powers armed the dictator in the hope he would defeat Iran in the war of neighbours. Galloway, then a Labour MP in Glasgow, later switched sides when the US-led embargo on medicines Iraq was subjected to, led to the death of over 100 000 of children in the country.

Galloway, who always pops up to have the last word here, has assembled an impressive array of witnesses for his case against the war, among them the ex-shadow secretary David Davis MP (Con); Naom Chomsky (MIT); the former UN Assistant Secretary General Denis Halliday; the former British ambassador to Iran and Libya, Sir Richard Dalton and former British intelligence Officer Annie Machon – none of them have anything in common with the former Respect MP George Galloway. Davis in particular is very adamant about the fact that he felt that Blair misled parliament. Stephen Fry and Lauren Booth, Tony Blair’s sister-in-law, talk about the charm of the Ex-PM, which is proven in news-clips: Blair striding in war zones, smiling like a saviour, every inch the messianic figure he wanted to be.

The second half of The Killing$ is a little bit of a murky affair, but mainly due to the fact that Blair, using a loophole in the law, is not required to make his tax returns public. This leads to wild speculations about his real wealth, anything between fifty and a hundred M£. The only fact for certain, is that his property portfolio alone is worth 25m£. But the exact figure of Blair’s wealth is irrelevant: the fact that he brokered deals, earning millions for a few phone calls for the likes of Muammar Gaddafi and the Sultan of Kuwait (to name but a few), very well known for their violation of human rights among other crimes, is sufficient. A final mention should go to Blair’s relationship with Rupert Murdoch, whose British papers supported him during his time in office: in 2013 Murdoch filed for divorce from his third wife, Wendy Deng, rumours indicating an affair with between Deng and Blair. Blair’s negative treatment in the Murdoch press since are indications that these rumours might be true.

George Galloway has done a fine job with The Killing$. Apart from his own vanity making him literally centre stage, there are are too many Talking Heads, and the structure is sometimes undermined by the over-emotional approach, but The Killing$ is still informative and, yes, amusing. But, we have not forgotten the George Galloway of the 2005 General election in Bethnal Green and Bow, where he defeated the black, Jewish Labour MP Oana King by some 800 votes, after using the Islamic Forum of Europe – who supports the Sharia Laws – extensively in his vile and vicious campaign.
A little projection can go a long way…AS