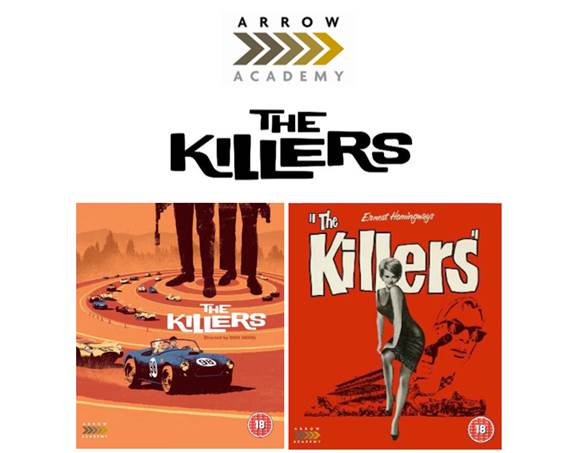 THE KILLERS, is out on Blu-ray for the first time in the UK on 24th February. One of the first post-noir movies, The Killers, based on a Heminway short story, is a sizzling sun-drenched thriller packed with shadows where the darkness at the heart of its protagonists’ souls is allowed to rot in the heat of the day. Probably best known as the film which was originally intended to be the first TV movie, but pulled by broadcasters due to what was seen as overtly graphic violence, THE KILLERS, is the film which established Lee Marvin: achingly cool, unnervingly relaxed and menacingly brutal. He went on to star in a slew of hits including another sixties seminal outing POINT BLANK. Clu Gulager provides sophisticated contrast as his venal partner in crime, together with a strong support cast of Angie Dickinson as the frosty blond, John Cassavetes and Ronald Reagan.  Not surprisingly, Lee Marvin won a BAFTA as Best Foreign Actor (1966) for his portrayal of Charlie Strom.