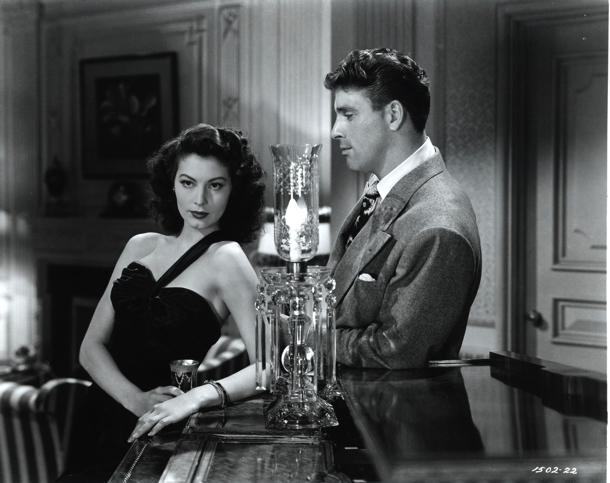 Based on the short story by Ernest Hemingway, THE KILLERS was one of many classic Film Noirs by one of the key Noir craftsman, German born director Robert Siodmak (1900-1973). He was one of the team of filmmakers behind Menschen am Sonntag (1929); his fellow creators and emigrants Edgar G. Ulmer and Billie Wilder would, like him, excel in directing noir-movies in Hollywood, as well as another couple of ex-UFA directors: Fritz Lang and John Brahm. Considering that Robert’s brother Curt Siodmak (1902-2000), who became a busy script-writer in Hollywood, was also involved Noir-films, one can draw the conclusion, that all these emigrant directors transferred the traumatic displacement they had suffered in Nazi-Germany, into their new environment with films, in which everything, from the role of capitalism to gender roles, became questionable.

Robert Siodmak’s list of noir films between 1941 and 1949 is quiet staggering: Flight by Night,  Conflict  Phantom Lady, The Suspect, The Spiral Staircase, The Dark Mirror, Cry of the City, Criss Cross and Thelma Jordan. Apart from being aesthetically original, these productions were often great successes at the box office, and Siodmak had enough clout with the studio bosses, to cast an unknown debutant in the leading role for THE KILLERS: Burt Lancaster.

The film starts with two psychotic killers Max (Conrad) and Al (McGraw) entering the small town of Brentwood in New Jersey at night, going to the local diner and enquiring about Pete Lunn, called “The Swede”. After being told that he has not come for his usual dinner appointment, the killers terrorise owner and personnel of the diner in frustration, before turning their enquiries elsewhere. Finally, they enter the boarding house where Lunn (Lancaster) lives, shooting him in cold blood. Jim Reardon (O’Brien), an insurance inspector, investigating a life-insurance claim (Lunn had a life-insurance policy, a motel maid in Atlantic City being named the beneficiary), is puzzled why Lunn never ran away, even though he was warned by one of the guests in the diner about the arrival of the killers.

With the help of police detective Sam Lubinsky (Levene), who knew Lunn when he was a young boxer and put him behind bars after Lunn took the rap for a jewel theft for his secret love Kitty Collins (Gardner), Reardon tries to uncover the truth behind Lunn’s suicidal behaviour and finds out that Collins was the girl-friend of Big Jim Colfax ((Dekker), who was in charge of a heist, in which Lunn and three other members of the team successfully robbed a payroll worth $250 000. The jealous Colfax wanted to cut Lunn out of the proceeds, but Kitty warned the latter, and Lunn grabbed the loot and disappeared for good, being hunted in vain by the other gang members. But the more Reardon learns, the less sense it makes…

The narrative is told at first as a series of flashbacks portraying Lunn’s life, before the two killers from the opening sequence make another appearance, this time trying to get rid off Lubinsky and Reardon, setting in motion a series of shootouts. The acting is near perfect: Lancaster’s “Swede” is a naïve, emotionally immature man, who does not even know that Lilly is in love with him – she prompotly marries Lubinsky – whilst Lunn just loves the unobtainable Kitty from afar, only confronting the rough Colfax once before the heist. When Lunn meets Gardner, she is tthe ‘little girl lost” in the company of gangsters, begging Lunn to save her, and Lunn is only too happy to oblige, even if it costs him three years of his life. Their meeting in Atlantic City, when Kitty tells him of Colfax treachery, is the high point of the film: one literally feels the burning lust. Dekker’s Colfax is steely and arrogant – Ronald Reagan would play him in Don Siegel’s remake of 1956 – and Conrad and McGraw are truly frightening in their unrestrained violence. DOP Elwood Bredell plays masterly with shadows and light, creating an atmosphere of violence and repressed lust. The male protagonists are all severely damaged, even Lubinsky is just shown as a cop, who easily sells his friend Lunn out, even though he had the chance to save him; whilst Reardon is just a stupid insurance agent, who risks his life to maximise the profits of his company. Siodmak creates a totally corrupt and amoral world in this near perfect film. AS

SCREENING DURING MASTERS OF SHADOWS: A ROBERT SIODMAK RETROSPECTIVE AT THE BFI LONDON IN APRIL 2015