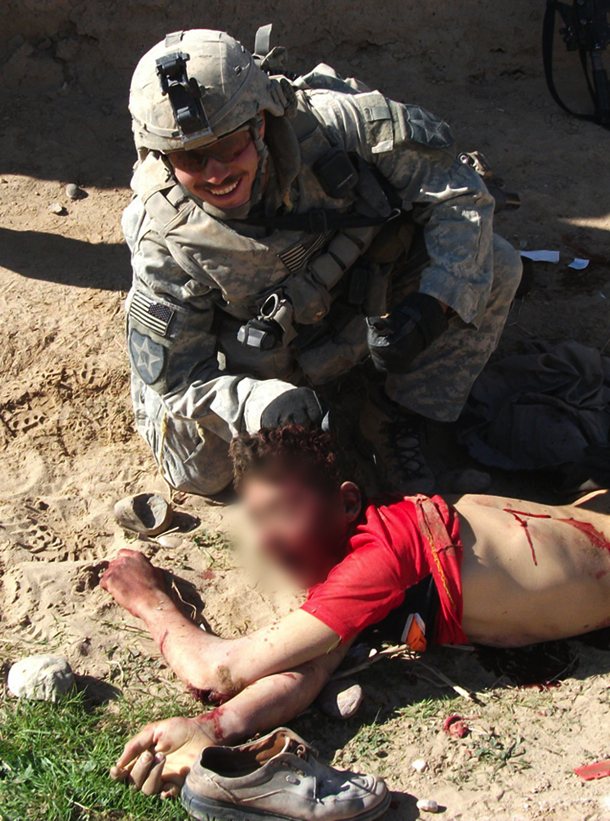 To make a proper anti-war film, one has to avoid glorifying any action and Dan Krauss THE KILL TEAM shows very little war action, apart from a few stills and footage and adopts a visually unappealing style befitting its indie, low-budget nature. Instead, the film tries to answer the question: why do ordinary Americans become murderers?.

Between January and May 2010 soldiers of the 3rd Platoon of Bravo Company (US Marines) killed three civilians in Kandahar Province. One of the soldiers, SPC Adam Winfield, than 22 years old, phones his father after the first killing, asking him to help him since he feels threatened by Staff. Sgt. Calvin Gibbs, the leader of the men, who “hates” all Afghan people, and encourage his subordinates “to always carry a spare rifle, so you can shoot a man and put the spare weapon next to him as proof, that you were attacked”. As one witness at the court hearing, PFC Justin Stoner testified: “They have a lot of practice staging killings”. The first and youngest victim was 15 year old Gul Mudin, his murderers not much older than him: CPL Morlock (21) and PFC Holmes (19). 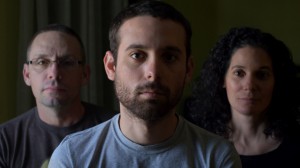 Centred around Winfield and his family, particularly his father Christopher who was a Marine himself, the film shows the preparations for his trial and the reaction to the outcome. We see home movies of young Adam, a kid growing up in Florida, in a loving and secure family. And yet, when confronted by the murder of a man called Adahdad in May 2010, Winfield shoots at him, trying to miss. Later he blames himself for not trying to save the victim. But the real motive was fear: The photo of him and Gibbs over the body of Adahdad is the proof of his complicity, which may have saved him from being killed by Gibbs. After pleading guilty of manslaughter, Winfield is sentenced to three years in prison, Gibbs gets life for three cases of premeditated murder, still insisting on his innocence.

In conversations with his parents, Adam Winfield describes the war as “some non-event, mostly boring”. The “incidents created by Gibbs were the only “thrilling moments”. He says this matter of fact, half apology, half excuse. His family listens, only interested in getting him home, seeing him as the victim. His sentence is seen as unjust, the Army “tricked him”. And nobody ever asks the question, why the war in Afghanistan is fought. It’s just about getting Adam home.

KILL TEAM fails to answer the question why boys like Adam have to be afraid of men like Gibbs and become executioners themselves, but one reason might be that Adams parents never ask these questions. And it goes without saying that Gibbs and the 3rd platoon are only the tip of the iceberg of American war crimes (not only in Afghanistan) – all the families at home only seeing their boys as victims. The collective American psyche in the Land of the Brave, never admitting to any guilt. Andre  Simonoviescz