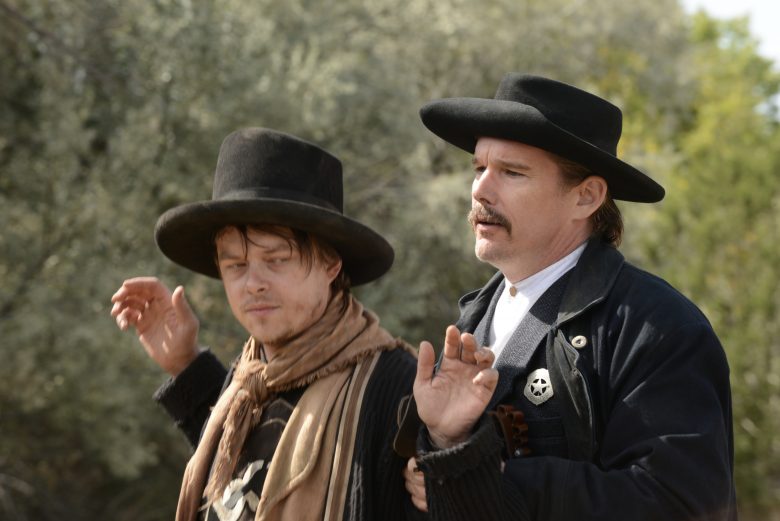 Vincent D’Onofrio’s first foray behind the camera is a good-looking Western that keeps the camp fires burning with some top tier performances and a contemporary look. The Western genre is still popular, the classics packing some punches with their tales of macho males and simmering molls created by the heavyweights John Ford, Sam Peckinpah and Walter Hill. Some of themes seem outdated and politically incorrect in today’s modern world, but perhaps that’s why they still strike a cord with some nostalgic audiences. The only modern ones that shake a stick at the cult classics are Clint Eastwood’s Unforgiven (1992), Kristian Levring’s The Salvation (2014) and John Mclean’s Slow West (2015).

The Kid reworks the story of a young boy called Rio (newcomer Jake Schur) who witnesses Billy the Kid’s encounter with Sheriff Pat Garrett – Dane DeHaan and Ethan Hawke playing the respective roles with skilful aplomb. After an unnecessary voiceover introduction we see Rio (Jake Schur) killing his father to prevent him doing for his mother, then scarpering in the direction of Santa Fe with his older sister Sara (Leila George) to avoid reprisals. The pair get holed up on the way in an abandoned house with the charismatic Billy, in a terrific turn by DeHaan, Hawke allowing him all the glory and holding back with a rather stylish performance. Andrew Lanham plays fast and loose with the Garrett/Bonney story and the whole thing looks rather fresh with a cinema vérité twist to proceedings, while still maintaining its traditional tropes. It’s decent but not memorable, if Westerns are your thing. MT