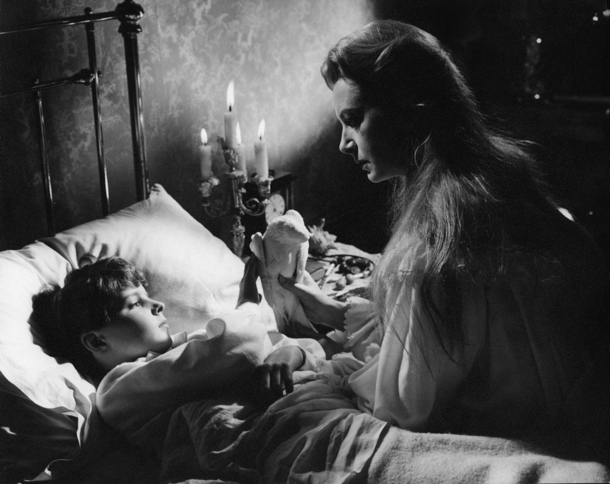 The Innocents: Madness and Desire in Gothic cinema

Madness and Desire in The Innocents

We lay my love and I, beneath the weeping willow,
But now alone I lie, and weep beside the tree.

So begins one of the most chilling films of all time: Jack Clayton’s The Innocents (1961). The tune repeats throughout, a recurring refrain of terror, still capable of sending a chill down the spine over fifty years after the film’s release.

Although now rightly held as a great masterpiece of cinema, it wasn’t always so for The Innocents: upon release, the film was not an immediate hit – perhaps because it failed to feature either the camp fun of the early haunted house drawing room mysteries, or the shocking thrills then so in vogue. The film starred Deborah Kerr as the prim and proper governess hired to look after two children who she becomes convinced are haunted by a former governess Miss Jessel (Clytie Jessop) and a valet played by Peter Wyngarde, in one of his early film roles.

In the late 1950s, Hammer Films had redefined horror with The Curse of Frankenstein (1957) and Dracula (1958), smashing onto the Gothic scene with blood, gore, sex – and colour. By contrast, the black and white restraint of The Innocents seemed to owe more to the psychological horrors of Val Lewton’s Snake Pit unit, who had created a spate of low budget masterpieces over at RKO Pictures during the 1940s. However, upon inspection, there may be more similarities between the Hammer output and The Innocents than there first appears. 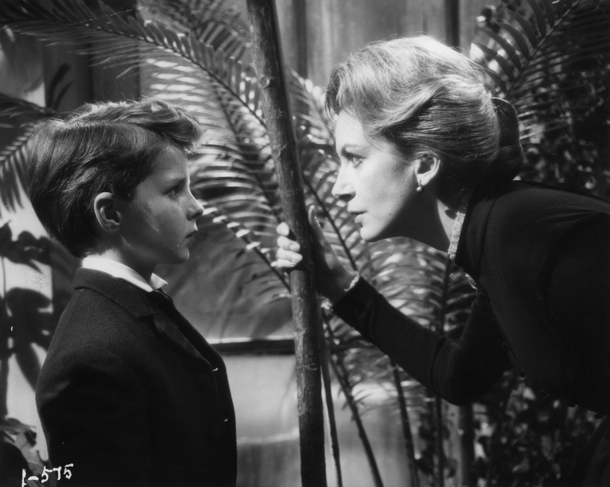 In Dracula, for instance, Hammer had focused on the sexual undertones of Bram Stoker’s novel, using the tale to explore the unfulfilled and unexpressed sexual desires of women living within a repressive, patriarchal Victorian society. In its story of a vicar’s daughter becoming governess to the estranged niece and nephew of a dashing playboy, who subsequently succumbs to either madness, desire or ghosts (depending on your interpretation), The Innocents can be read as a similar exploration into Victorian values and repression. In other words, Dracula and The Innocents share both genre and theme, and even their stylistic differences have perhaps been overplayed: like Dracula, The Innocents is both shocking and frightening, and even Jack Clayton felt that his portrayal of the beastly Peter Quint owed too much to Hammer (and many purists of Henry James – who wrote The Turn of the Screw, the novella on which The Innocents is based – appear to agree, rejecting the film as a cheapening of its source material).

It would seem, then, that what really distinguishes Dracula and The Innocents is their varying degrees of obliquity: where Dracula is hiked skirts and girls on beds, The Innocents is half-glimpsed men in misty towers. In making his film, Clayton was reportedly influenced by the essay The Ambiguity of Henry James (Edmund Wilson, 1934), the first part of which gives itself over to a detailed exploration of a theory which claims that ‘the young governess…is a neurotic case of sex repression, and the ghosts are not real ghosts at all but merely the hallucinations of the governess’. Freud, it’s fair to say, was in the air. Wilson also states that ‘nowhere does James unequally give the thing away: almost everything from beginning to end can be read equally in either of two senses’ – and thus we have the ambiguity of the essay’s title and, perhaps, the defining characteristic of Clayton’s approach to the material. For him, it was vital not to succumb fully to either interpretation, but instead to preserve this ambiguity.

To this end, then, he degraded film, shot through mist and frosted windows, and on many occasions (though not all, as is sometimes stated) shows first the governess’ terrified face, and then the ghosts – therefore implying the ghosts may well be only in her head (this ambiguity was also a key component of Deborah Kerr’s superb performance as the governess). Again following Wilson, we can note ‘that there is no real reason for supposing that anybody but the governess sees the ghosts’. Perhaps, therefore, what we are watching is not a ghost story, but a descent into madness. In some senses, this ambiguity (and specifically the refusal to posit the ghosts as real) ties The Innocents back into the original lineage of haunted house drawing room mysteries, in which natural answers were ultimately posited to explain away supernatural elements. Of course, the governess’ potential madness and the undercurrents of desire also tie the film into two other distinct strands of Gothic cinema. 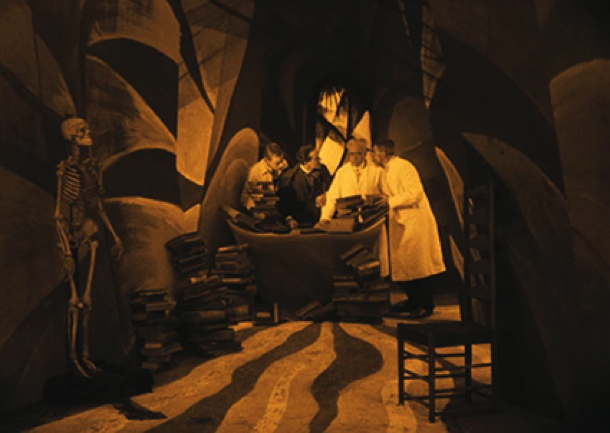 In the Gothic tradition, madness has been there since the beginning. It’s already there in early works of both literature (Jane Eyre, 1847) and cinema (The Cabinet of Dr Caligari, 1920). By the early 1930s, it’s a staple of the Classic Universal Horror cycle, simultaneously responsible for, and a response to, the monstrosities at the heart of Frankenstein (1932) and The Invisible Man (1933). It’s there too in Dracula (1932), as it had been in Stoker’s novel (interestingly, in their streamlining of the text, Hammer chose to jettison Renfield, the Count’s crazy underling, who, as performed by Dwight Frye, remains one of the most effective elements of Universal’s adaption; prior to Hammer, the character had also featured memorably in Nosferatu, eine Symphonie des Grauens (1922), as he would do again in both Nosferatu: Phantom der Nacht (1979) and Bram Stoker’s Dracula (1992)).

If, in Dracula, Renfield’s already mad mind is corrupted further by his dealings with the vampire Count, elsewhere madness is shown as the result of more natural and human causes. For instance, in The Hands of Orlac (1924) and Gaslight (1940), nefarious criminals strive to drive others to madness for the sake of – what else? – financial gain. Gaslight, though, can also be seen as belonging to what some have termed ‘Female Gothic’, a strand descended from the likes of the Brontë sisters, which serves to explore the subjugation of women to patriarchal authority (especially within the home). Gaslight’s director, Thorold Dickinson, has spoken of how he wished to undermine Victorian values and attitudes to women within the film, and thus a second clear link with The Innocents is formed: where Hammer’s Dracula ultimately reasserts the importance of Victorian family values, in The Innocents these values lead only to death. 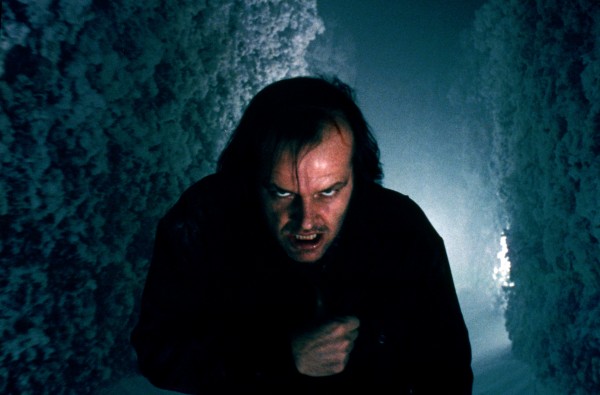 Death too, of course, is the fate ultimately suffered by Jack Torrance in The Shining (1980), surely still the greatest on-screen Gothic exploration into the disintegration of a mind. As Torrance, Jack Nicholson gives the performance of his career, so extreme a gurning gargoyle of a madman that cinematic madness is left with no place to go (or, indeed, to hide).

Much like madness, the theme of desire also dates back to the founding texts of the Gothic canon (we’ve already seen how it’s present in Dracula, and The Turn of the Screw itself dates back to 1898). The fact that much early Gothic fiction was written for, and by, women perhaps helps explain the recurring themes of sexual desires kept at bay by male-dominated Victorian society (let’s not forget that the turning point for the suffragettes was not until 1912). However, it’s also true that there was a tendency in early Gothic work – especially that belonging to the ‘Male Gothic’ tradition – to feature the female characters in minor roles, or as part of an ensemble. In cinema, this (male) tradition is perhaps best represented by the notion of the Scream Queen – the screaming heroine who faints when confronted with the beast, as most famously exemplified by Fay Wray in King Kong (1933). 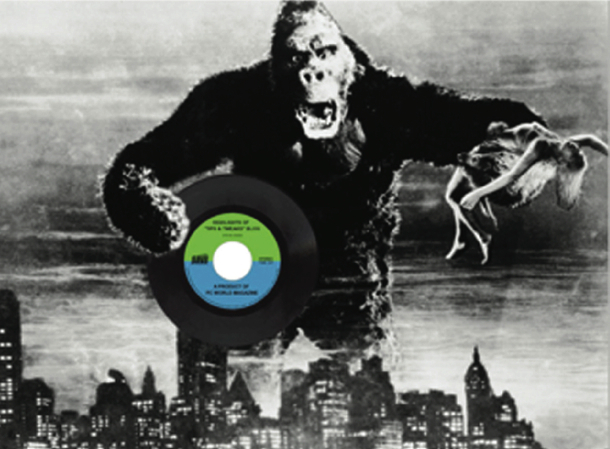 King Kong, of course, was made by RKO – the studio which, with producer Val Lewton, would help move horror away from the monster movies of Universal, and towards a more psychological approach. Indeed, Lewton’s 1942 Cat People (directed by Jacques Tourneur) concerns a young bride who believes she is cursed to turn into a killer cat whenever she becomes sexually aroused. If the premise and the studio-saddled title make it all sound rather daft, the film in fact remains one of the most haunting and beautifully played explorations into repressed desire, and the effects of such repression upon the repressed, in cinema history – second only, perhaps, to The Innocents.  @ALEX BARRETT