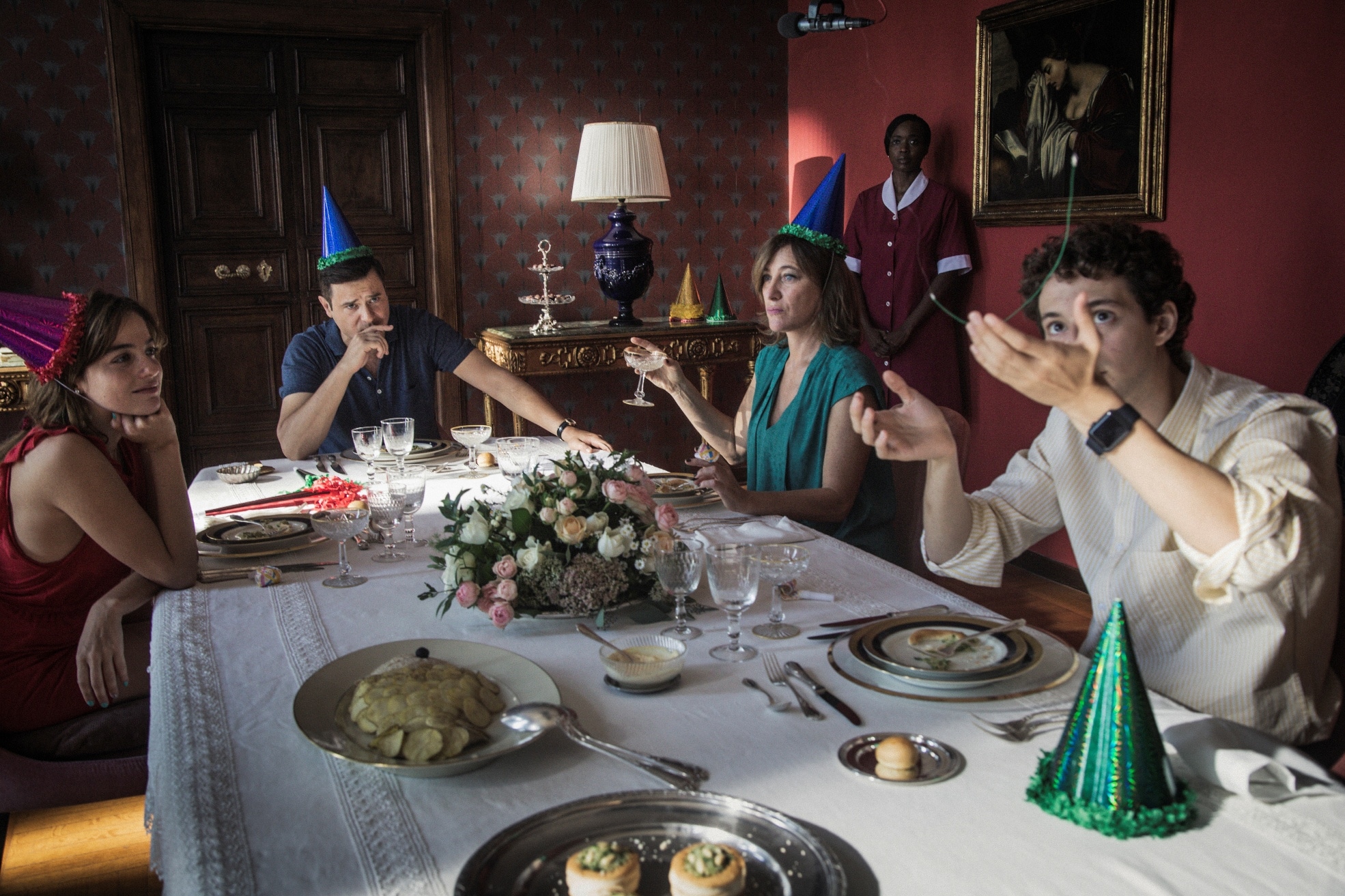 The Time of Indifference is a modern-day take on Alberto Moravia’s first novel Gli Indifferenti written in 1929 (when the author was twenty-one) about a Roman family’s changing fortunes during Fascism.

Remakes are a tough call – and this one is a pale rider in comparison with Franceso Maselli’s 1964 original, adapted for the screen by award-winning Suso Cecchi D’Amico who worked with virtually all the Neo-Realist post war directors on Bicycle Thieves, The Leopard and Miracle In Milan. Screen legends Claudia Cardinale, Rod Steiger and Shelley Winters are also a tough act to follow.

Leonardo Guerra Seragnoli’s stylish version is lavishly-mounted and entertaining up to a point, but you can’t replace a strong script with visual and theatrical flourishes, and the director’s attempts to integrate a social media/gaming angle feels flaccid. Moravia’s story has lashings of dramatic potential, a salacious page turner oozing sexual politics, corruption, and intergenerational conflict in a down-spiralling economy – it’s all there for the taking, quite literally, in a “fiddle while Rome burns’ kind of way”. All very much in keeping with the unsettling climate today.

That said The Time of Indifference is not without its merits, and one is Valeria Bruni Tedeschi. Always a pleasure to watch, she makes for a supremely sensitive Maria Grazia, a widowed countess who has fallen from grace, unable to escape the pretences of her former glory or its material excesses. Edoardo Pesce is utterly convincing as her conniving lover, a suave conman who has his eyes set on her property, and her daughter, Carla (Granno), while her ineffectual son Michele (Crea) is unable to take the family forward, despite his better judgement.

Maria Grazia is in love with Leo, but her sexual power is waning, despite her graceful attributes. And we feel for her. But like most men of her own age, Leo is obsessed with youth, and fancies her 18-year-old daughter Carla (Granno). Meanwhile Michele (Crea) affair with his mother’s best friend (and Leo’s former lover) Lisa (Mezzogiorno), also doesn’t work, largely down to miscasting.

What is missing in this version is the elegant decadence of Moravia’s novel. While looking down on Mussolini as an upstart, the Italian upper classes and intelligentsia had made peace with his regime. This status quo gave no quarter to the tragedy unfolding, they just kept going by selling their properties and status no a new middle-class, of which Leo is a symbolic member.

In the end Leo’s greed and desperation shows his true colours, and is pivotal to the family’s salvation – of sorts – due to an act of female empowerment that buys the family time. This all plays out off-scene, resulting in a rather vapid denouement in the scheme of things. Enjoyable Saturday night fare. MT