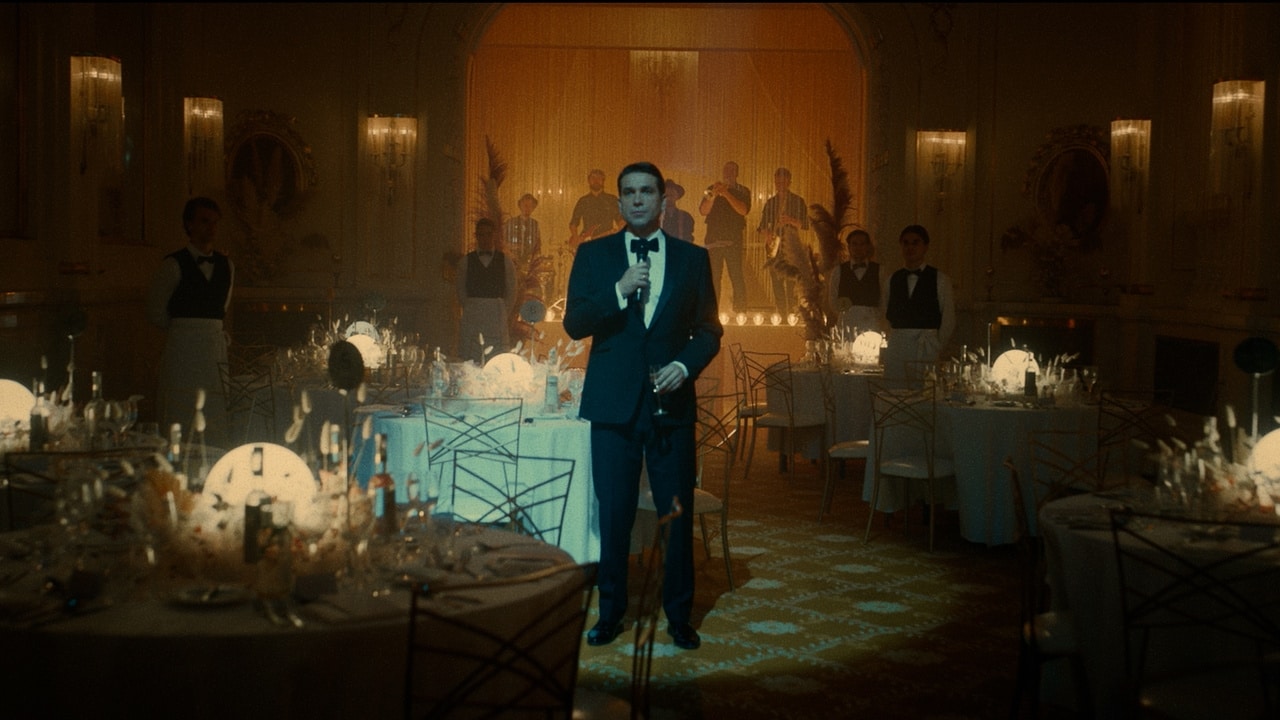 The debut feature of Polish director Jacub Michalczuk from a script by Marek Modzelewski is a fast moving farce with sparkling action and a sometimes bitter critique of contemporary Polish class divisions. Brilliantly acted, this is not for the faint-hearted: these in-laws spare nothing and nobody.

Lukasz and Weronika were supposed to be getting married – but after the whole thing fell through their parents take centre stage in the posh hotel where the ‘happy couple’ are soon forgotten as everyone has a ball. Posh couple Malgorzata (Ostaszweska) and Andrzej (Dorocinski) and their spoilt kid Lukasz, start fighting with Weronika’s downmarket parents Wanda (Kuna) and Tadeusz (Woronowicz).

Who ditched who is uncertain but what is obvious is that bitchy Malgorzata is secretly delighted  about the end of the affair which bizarrely remained unconsummated for its four-year duration.  Her counterpart Wanda doesn’t seem too bothered either. She always resented Malgorzata’s snobbishness and is only too happy to let fly in the punch up that follows: Malgorzata flooring Wanda, and nearly breaking her nose. And when Wanda gets out of hospital there’s hell to pay – quite literally, Tadeusz getting off quite lightly in an out of court settlement. But that’s not the end of the story and soon a whole can of worms opens with accusations of infidelity flying around, not to mention suggestions of a lesbian liaison between Malgorzata and Weronica. Tadeusz tries to keep the peace, to no avail in a this raunchy black comedy which occasionally goes over the top  in terms of tastelessness. Joining the ranks of the wedding disasters sub-genre, this is a short, sharp shock – a proper B-movie for our times. AS