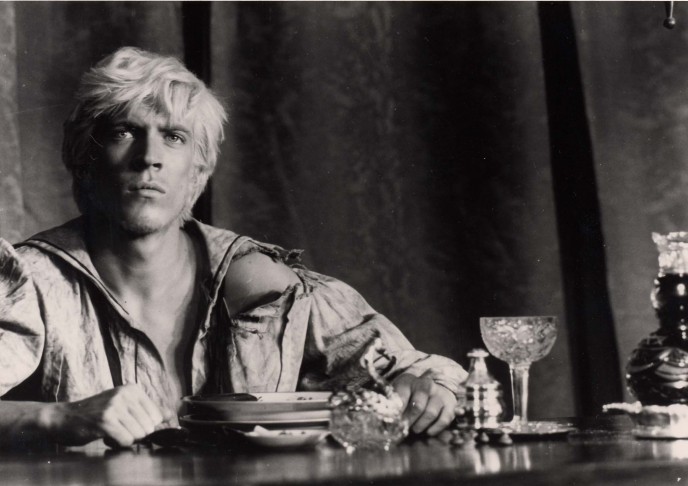 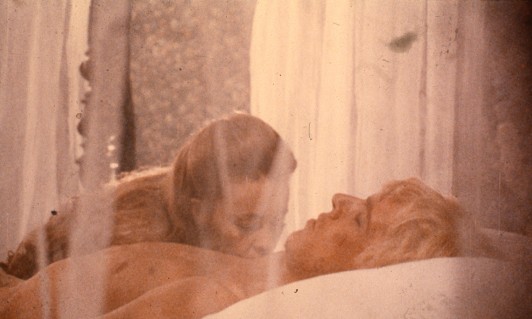 The shortest of Welles’ features is a French film, made for television, and starring Jeanne Moreau. Based on a short story by the Danish writer Karen Blixen, Welles’ direction evokes a very feminine and sensuous atmosphere where a successful 19th century Macao merchant (Welles) hires a virile young sailor to sleep with his female companion (Moreau) and avail himself of a child and heir. A cougar-like, forty-year-old, Jeanne Moreau cannot believe her eyes when Norman Eshley’s strikingly sexy salt comes into view – he was just 23 at the time and a tanned 6.3″ – and as the two writhe in discreet ecstasy behind the gauzy drapes of the four-poster, Welles is seen glowering, hot and heavy, peeping tom-style, at the bedroom door. Erik Satie’s lush score, rich colours and smouldering shadows create a perfect ambiance for this tale of a towering ego who cannot bring himself to seduce the woman of his dreams despite his healthy bank balance.MT