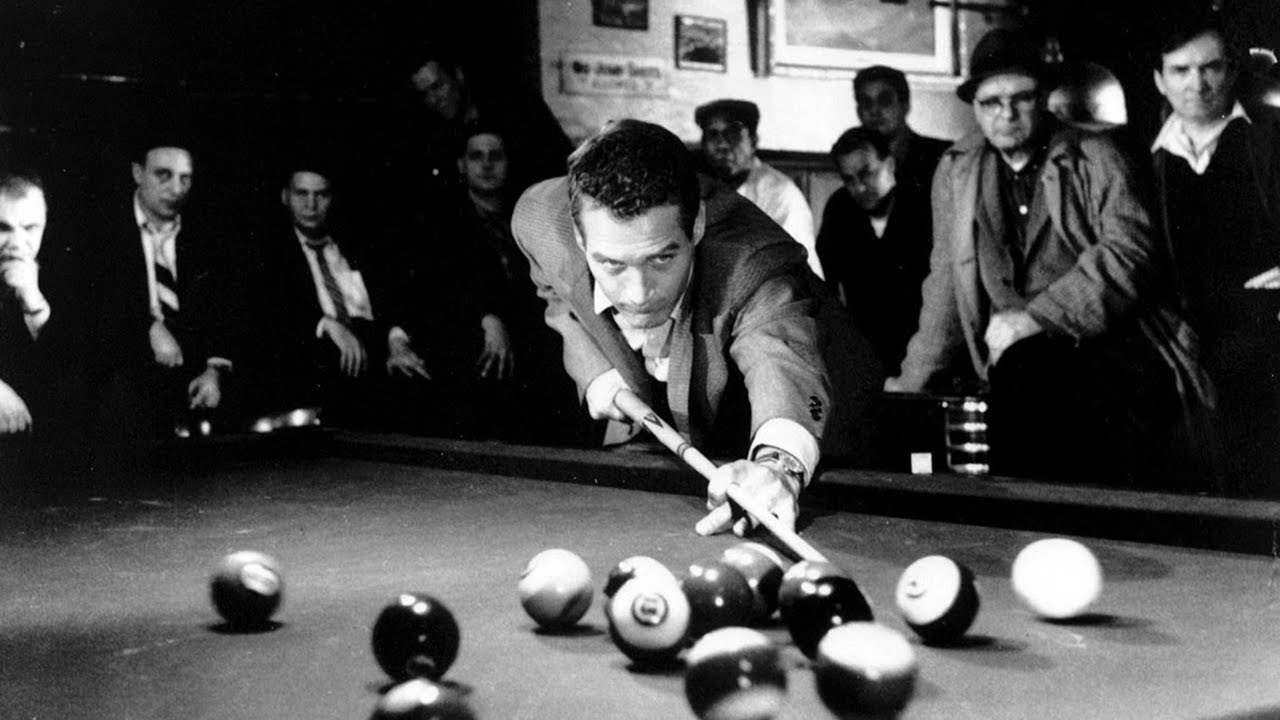 Like Rita Moreno, who was in the original West Side Story, Piper Laurie is now ninety. Since the recent remake of the former underperformed at the box office it’s unlikely to elbow aside the competition the way the original did sixty years ago.

But even then The Hustler collected Academy Awards for the photography of Eugen Schuften and design by Harry Horner, which demonstrated that Americans could use black & white and widescreen with the same intimacy and grace as the Japanese; the pool table lending itself well to CinemaScope, prompting Andrew Tudor to declare that it “remains an object lesson in framing and lighting the wide CinemaScope image”.

The film is also employs a cool score by Kenyon Hopkins and sleek editing by Dede Allen, concentrating for the most part on the actors’ faces rather than the balls; but which includes the participants actually wielding their cues enough times for you to feel you’re watching real games being played. @RichardChatten