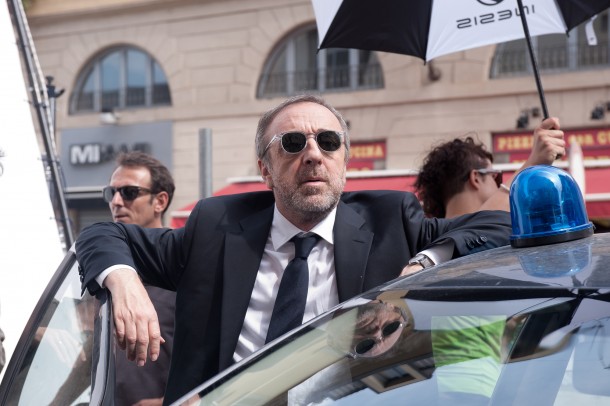 Bruno Oliviero’s moody crime drama focuses on a police inspector whose life goes off the rails after the death of his wife. Refusing to return to the cutting edge of life on the streets, dealing with criminals and engaging with ‘joe public’, he opts for a desk job to lick his wounds and contemplate his next move.  But his when his only daughter is implicated in the murder of a rich industrialist, he’s dragged back into the criminal underbelly of Milan to conduct his own investigation. Following a straightforward narrative structure, The Human Factor is fairly standard fare, although well-crafted and watchable thanks to an atmospheric original score by Michael Stevens (Mystic River/Grand Torino). Father and daughter share a troubled relationship and Silvio Orlando and newcomer Alice Raffaelli give committed performances in the lead roles. If you’re looking for a good-looking thriller then this certainly fits the bill .

SCREENING DURING CINEMA MADE IN ITALY 5-9 MARCH 2014