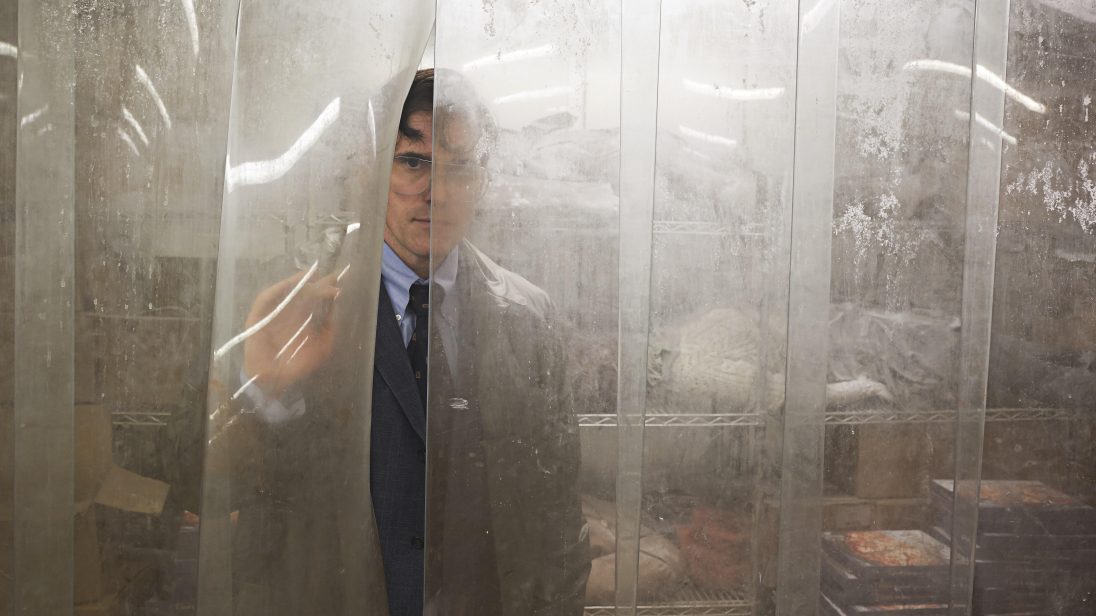 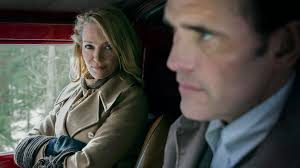 Controversy has always surrounded auteur Lars von Trier and his critically acclaimed work lives up to his reputation as a maverick talent, fuelling fierce debate and attracting attention from his devoted fans. And he is up to his tricks again refusing to be cowed by the controversy that got him ‘persona non grata status’ seven years ago.

This time he offers up the provocative portrait of a serial killer wreaking hell in the 70s world of America’s Pacific North West. THE HOUSE THAT JACK BUILT confirms the director has no intention of mending his ways, although it’s never quite clear whether he intends to be a mischievous as he appears. That said, he has clearly managed to wind some viewers up with walks out at the Cannes world premiere of the film. And with various allusions to Hitler, Stalin, Mussolini, Mao and Idi Amin a mild mannered approach was never going to be the balm needing to heal the wounds of previous damage he caused.

Anti-Americanism and misogyny are the themes firmly in the forefront of this new and naughty endeavour that has Matt Dillon in the lead role as Jack, a sociopathic criminal who subjects women and kids to a sadistic fate that would put even the Moors murders in the shade, while simultaneously moaning: “why is it always the men’s fault”. The narrative clearly runs contrary to the current polemic over sexual misconduct. Lars was never going to be acquiescent in this regard but his gorefest feels like he’s upping the ante big time! And while there are plenty of sympathisers, there are also the detractors. So the choice is yours.

THE HOUSE THAT JACK BUILT is certainly a film to see, despite its indulgent running time. And it is worth remembering that over the years, the Danish maverick has created some memorable roles for women, assuring Emily Watson a legendary turn in Breaking The Waves, Bjork for Dancer in the Dark, and Charlotte Gainsbourg for Melancholia. In this new outing the victim to feel sorry for is Riley Keough — but von Trier cuts the victim characterisations down to a bare minimum, so as a result we know and feel little for them. They are merely there to serve the narrative’s ploy of putting a spanner in the works of the gender war that is currently raging.

The film is seen from the perspective of Jack and the hidden voice of his mentor/shrink Verge (Bruno Ganz), who remains in the dark until he finally emerges into the limelight as Dante after some 60 killings have been reported, escorting Jack through the circles of Hell, Divina Comedia style.

The killing spree is conducted dispassionately by Jack. It kicks off with an deliberately unlikeable motorist (Uma Thurman) who meets her maker in a surprisingly bloodless way, after showing a gross sense of entitlement to Jack, after her car breaks down. Von Trier judiciously leaving the gore to our imagination, we actually feel more empathy with Jack than the woman. The next victims are a recently bereaved widow, then Sofie Grabol and her sons, forced to enjoy a picnic before being unceremoniously ‘taken out’. The director is also clearly taking a swipe at elements of our indifferent and uncaring society that allow victims to go unaided when in peril. The ‘dumb blond’ girlfriend is the next to go, in a killing that mirrors that of Sharon Tate. But each time Lars desire to inflame the recent feminist lash-back is almost overdone and certainly too glaringly obvious to be taken seriously.

Dillon plays Jack with suave insouciance, boredom even. Nitpicking over details such as bloodstains on the carpet – he has a cleanliness fetish – and as his trail of carnage grows, he experiments with the slowly growing mound of bodies in his cool room.

The mid section of the film is devoted to a treatise on art and its value in society – which is all a bit too arcane to be edifying in the context of a murder movie – and the constant musical motif of Bowie’s ‘Fame’ becomes a tad tiresome after a while. This detour gives nods to Glenn Gould, William Blake, gothic cathedral architecture, the work of Hitler’s favourite architect Albert Speer. A vignette about dessert wine production feels like an echo of the Silence of the Lambs fava beans episode. Ganz’s Verge is a soothing Peter Cook style psychiatrist who assures Jack that his feelings are all consistent with his personality profile as a psycho. JACK’s editor Molly Malene Stensgaard interposes archive material at various salient intervals to add ballast to the ongoing diatribe between Jack and Verge, but there is nothing particularly exciting about cinematographer Manuel Albert Claro’s grainy handheld camera work or choice of visual aesthetic, although he captures the final descent into Hell inventively.

A great deal of the film actually feels quite tedious. JACK is neither a crime procedural or a gripping character study, and when the film’s title is finally fleshed out – quite literally – we are all ready to go home. MT