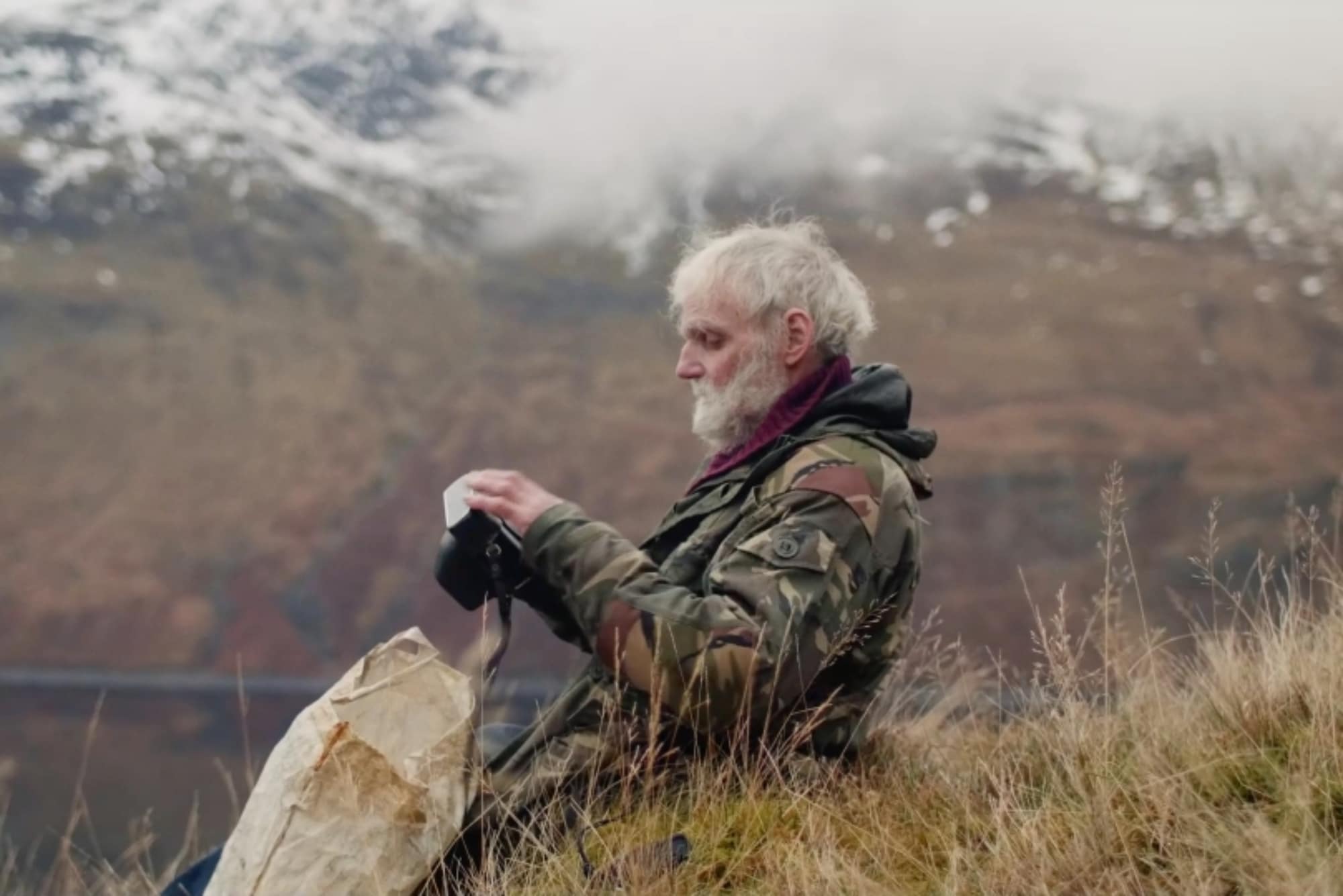 In these days of social media and lives in the fast lane Lizzie MacKenzie’s debut documentary is a breath of fresh air.

It’s all about Ken Smith, a 70 year old loner who has spent the past four decades in a log cabin he built overlooking Scotland’s Loch Treig. Growing up in Derbyshire, Ken had a accident in his mid-20s that would change life forever. A random attack left him with critical injuries: he would never walk or talk again. But Ken refused to give up and eventually he regained his mobility and some power of speech in another lease of life. Travelling to Canada he trekked to the forests of the Yukon where the peace and solitude convinced him to head for the most remote corner of Britain on his return.

Still reasonably fit and active he enjoys the tranquility of the open countryside. The cabin has no gas, electricity or running water but Ken has adapted to the lores of the natural world living off fish from the loch and growing his own vegetables. He must also acknowledge that old age and death may come sooner than expected but is this such a bad thing in the days of overpriced care homes and endless medical intervention?.

A simple story of self-determination and sustainability develops into a visionary film about living life within the bounds of nature and embracing our fate. MT