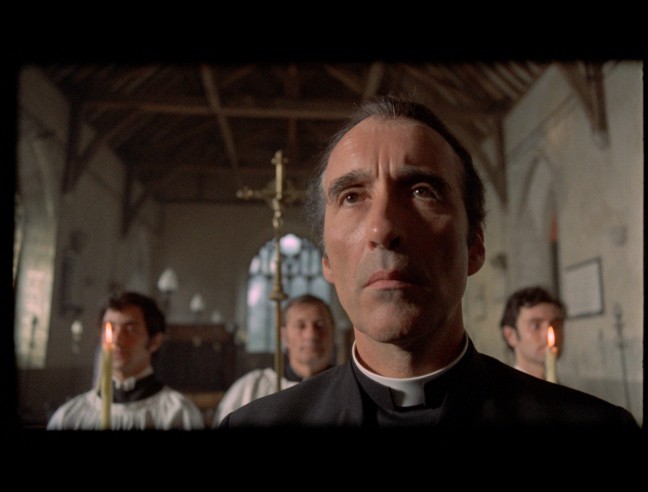 Celebrating 60 years of Gothic horror and grisly gore, THE HAMMER HORROR COLLECTION hails from the glory years of this iconic house of horror offering a chilling foray into a selection of British cult classics first spawned by Terry Fisher’s in 1957 outing The Curse of Frankenstein up until the 1970 with Peter Sasdy’s Taste the Blood of Dracula, now making its blu-ray debut. The production house was originally founded 82 years ago by William Hinds and James Carreras. 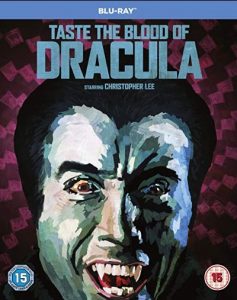 Atmospherically directed  by Hungarian Peter Sasdy, and adapted for the screen by Anthony Hinds – stepping in due to budgetary constraints under the pseudonym of John Elder (he told his neighbours he was a hairdresser to avoid publicity throughout his entire career) this outing actually broadens the storyline into a damning social satire of Victorian repression and upper class ennui. The eclectic cast has Christopher Lee, Geoffrey Keen and Gwen Watford and sees three distinguished English gentlemen (Keen, Peter Sallis and John Carson) descend into Satanism, for want of anything better to do, accidentally killIng Dracula‘s sidekick Lord Courtly (Ralph Bates), in the process. As an act of revenge the Count vows they will die at the hands of their own children. But Lee actually bloodies the waters in the second half, swanning in glowering due to his lack of a domineering role in the proceedings. 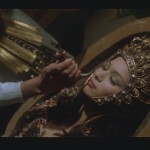 BLOOD FROM THE MUMMY’S TOMB

Directed by Seth Holt | Starring Andrew Keir, Valerie Leon | UK | 1971 | 89 mins
Adapted from Bram Stoker’s mystical thriller The Jewel of the Seven Stars, this supernatural shocker is one of Hammer’s most enduring classics. A British expedition team in Egypt discovers the ancient sealed tomb of the evil Queen Tera but when one of the archaeologists steals a mysterious ring from the corpse’s severed hand, he unleashes a relentless curse upon his beautiful daughter. Is the voluptuous young woman now a reincarnation of the diabolical sorceress or has the curse of the mummy returned to reveal its horrific revenge? Blood From The Mummy’s Tomb was plagued by the sudden deaths of director Seth Holt and the wife of original star Peter Cushing, leading to rumours of a real-life curse. Michael Carreras completed the movie that made a Scream Queen of Valerie Leon as the Mummy who, in a titillating twist, forgoes the usual rotting-bandages and is instead resurrected sporting a negligée.
Extras: New featurette – The Pharaoh’s Curse: Inside Blood From the Mummy’s Tomb 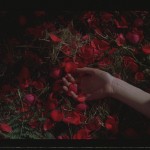 DEMONS OF THE MIND

In 19th century Bavaria, deranged Baron Zorn (Hardy) keeps his children Emil (Briant) and Elizabeth locked up because he thinks they are possessed by tainted hereditary madness. It’s up to discredited psychiatrist Professor Falkenberg (Magee) to unravel the dark family secrets involving incest, traumatic suicide and proxy fantasies in this satisfying and unusual late-period masterpiece.
Extras: New featurette – Blood Will Have Blood: Inside Demons of the Mind 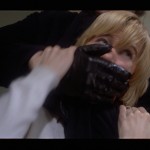 FEAR IN THE NIGHT

A damaged young girl (Geeson), recovering from a recent nervous breakdown, is about to move with her new husband (Briant) to a secluded boarding school in the country but, the night before they are due to leave, she is attacked by a one-armed man with a prosthetic hand. With no evidence remaining, her kindly old neighbour and the local doctor conclude that she may have imagined the attack and the intruder altogether. The terror follows her and at the school she is attacked again but again her story is met by doubt, this time from her kind and loving new husband. She continues to be terrorised by the mysterious one-armed man, but nobody believes her.
Extras: New featurette – End of Term: Inside Fear in the Night 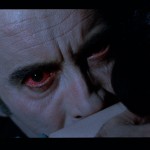 Count Dracula (Lee) is brought back from the dead when blood from a bat falls on his mouldering ashes and once again spreads his evil from his mountaintop castle. When a young man, Paul, disappears one night, his brother Simon (Waterman) and his girlfriend (Hanley) trace him to the area, discovering a terrified populace. Thrown out of the local inn, they make their way, like Paul before them, towards the sinister castle and its undead host.
Extras: New featurette – Blood Rites: Inside Scars of Dracula 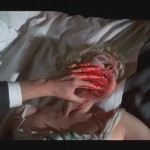 In Victorian London, Professor Jekyll (Bates), an earnest scientist, obsessively works day and night haunted by the fear that one lifetime will not be enough to complete his research. Side-tracked from his objective he becomes consumed with developing an immortality serum. Once convinced his findings are complete, he consumes the potion only to discover that he is to become two as he turns into half Jekyll and half Hyde. Desperate to cover up his newfound identity he calls her his sister, but things take a turn for the worse when he realises that he needs female hormones if he is to maintain his existence. Before long he is battling with his alter ego Mrs Hyde (Beswick), as a number of young girls begin to go missing in the streets of London…
Extras: New featurette – Ladykiller: Inside Dr Jekyll & Sister Hyde 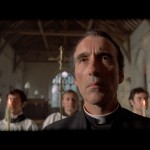 TO THE DEVIL A DAUGHTER

In 1970s London John Verney (Widmark), a renowned occult writer, is approached by Henry Beddows (Elliot) to help rescue his daughter Catherine (Kinski) from a Satanic cult. Catherine is a nun with the Children of the Lord, a mysterious heretical order based in Bavaria and founded by the excommunicated Roman Catholic priest (Lee). When Catherine arrives from Germany, Verney sneaks her away from her bodyguard and takes her to his apartment. The order, however, are determined to get Catherine back and use all the powers of black magic at their disposal in the ensuing battle between the forces of light and darkness
Extras: New featurette – Dark Arts: Inside To the Devil a Daughter

STRAIGHT ON TILL MORNING

This is not some sort of night of unmitigated lust chez Dracula, but the tragedy of  young Brenda (Tushingham), an innocent young girl, who leaves her hometown of Liverpool for London in search of love. By chance she meets Clive (Briant). Attractive, debonair and rich he seems to be the handsome Prince Charming she’s been looking for. Clive is actually a deeply disturbed young man and his psychotic tendencies soon manifest themselves and destroy Brenda’s dreams of a fairy-tale life offering instead a kind of COVID-19 style misery – and we all know about that 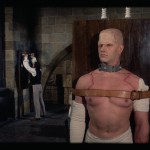 THE HORROR OF FRANKENSTEIN

Young Victor Frankenstein (Bates) returns from medical school with a depraved taste for beautiful women and fiendish experiments. But when the doctor runs out of fresh body parts for his ‘research’ he turns to murder to complete his gruesome new creation. Now his monster has unleashed its own ghastly killing spree and the true horror of Frankenstein has only just begun…Extras: New featurette – Gallows Humour: Inside The House of Frankenstein