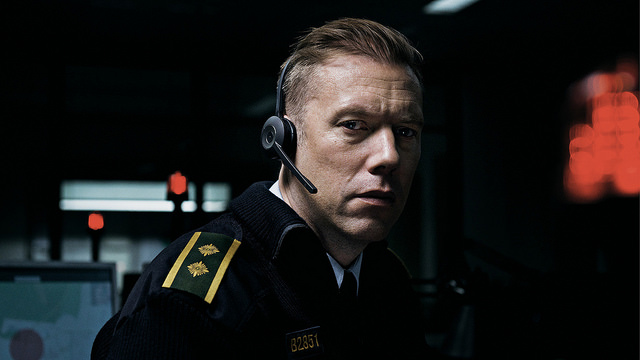 If you enjoyed Locke (2013) then The Guilty will come as a disappointment. Running along similar lines as Steven Knight’s gripping ‘phone-call drama, this rather bland affair from Danish director Gustav Muller focuses entirely on a uniformed official speaking into a headset in an emergency call center, The Guilty  intrigues but never quite hits the high notes of the Tom Hardy dominated thriller – not least because Olivia Colman and Ruth Wilson added that extra ‘je ne sais quoi’ to the proceedings.

In his feature debut, filmmaker Moller gives us a tense time, but 85 minutes is too long to be looking at a little known actor wearing a blue shirt, as we drift off into a reverie about what to have for dinner after the film. There will no doubt be some viewers who will find this a winner, namely the Ecumenical Jury at Baltic Debuts Film Festival (2018) who awarded it their prize. But with an English-language script and a more starry performance (Tom Hardy?) this could well be terrific.

The narrative revolves round a demoted former officer Asger Holm (a decent Jakob Cedergren) who has the task of answering distress calls, the first is from a man claiming he’s been mugged by a woman in his car. As the camera slides back to reveals Holm’s monitor, and location is the red light district, this is somewhat of a non- starter. Then comes a stressed out woman’s voice (Jessica Dinnage, who we never see) speaking from inside a car, claiming she’s been abducted and forced to leave her children at home. All this is reflected through Holm’s facial expressions viewed intensively through Jasper Spanning’s intimate camera shots, with the sound effects of cries and traffic noises in the background. Lighting is sombre and almost sinister, as he sits in the semi-darkness giving a slight Noirish feel to the piece. Emil Nygaard Albertsen’s script is tightly packed, although the ultimate reveal doesn’t quite have the dramatic heft we’re hoping for. Clearly Holm is looking to redeem himself and make up for his past misdemeanours, and this extra dimension adds grist to the mill in firing up his desire to save the woman’s life. MT