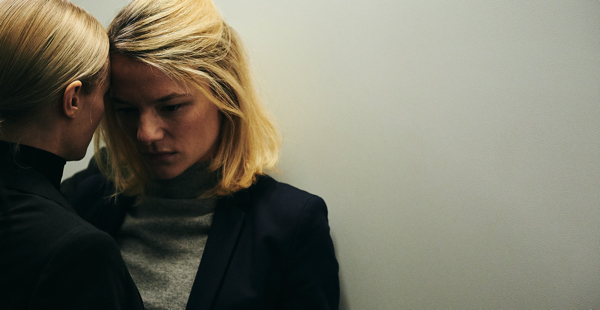 Sisters Lola (Pachner) and Conny (Hierzegger) are polar opposites, on the surface of it Lola is a hard-working business consultant who is always on the move from her Vienna base, Conny is forty and by far the oldest, and suffering from paranoid schizophrenia. Not for the first time she has tries to take her life, swallowing a handful of tranquillisers. Lola finds out about this attempt on a business trip to the east German city of Rostock (a rather original setting), where she is hoping to land a contract from a company on the verge of bankruptcy. Lola is also having an affair with her boss Elise (Hörbiger), who promises her promotion, and a glamorous job in Sydney for both of them.

Conny was once Lola’s legal guardian after the untimely death of their parents. She wants to check out of the psychiatric ward immediately, and move in with her sister. But Lola has other plans, and is juggling work commitments not least fighting off competition from colleague Sebastian (Benjamin), and Birgit (Barthel) in the office. Then the strange ‘phone calls begin. They seem to be coming from Conny even though she has no access to a ‘phone. Even more bizarrely, Conny appears to be in Rostock, attempting to gas-light her younger sister – are Elise and Sebastian behind this odd conspiracy? Lola’s professional facade slips when Sebastian gets the plum job in Sydney. And soon the two sisters start to rely on each other when Conny is forced to move in.

Kreuzer imbues her drama with keen social commentary, contrasting well-heeled Vienna and its nouveau riche atmosphere with the once poor harbour city down on its knees behind the iron curtain. Lola is a modern business woman who takes pride in her professional attitude and is always well turned out in a smart suit and stilettos. Conny is a wreck who clings to Lola for support. Both Pachner and Hierzegger are brilliant, but Hörbiger is an ice maiden instilling a frosty froideur to her nuanced performance; sensitive between the sheets, but hyper-efficient in the board room. “Why do you have difficulties accepting me as your boss, Lola?” There are shades of Christian Petzold and Kreutzer’s compatriot Jessica Hausner here, but overall the Austrian auteuse is blazing her own trail.

The Ground Beneath My Feet | stream or download on MUBI