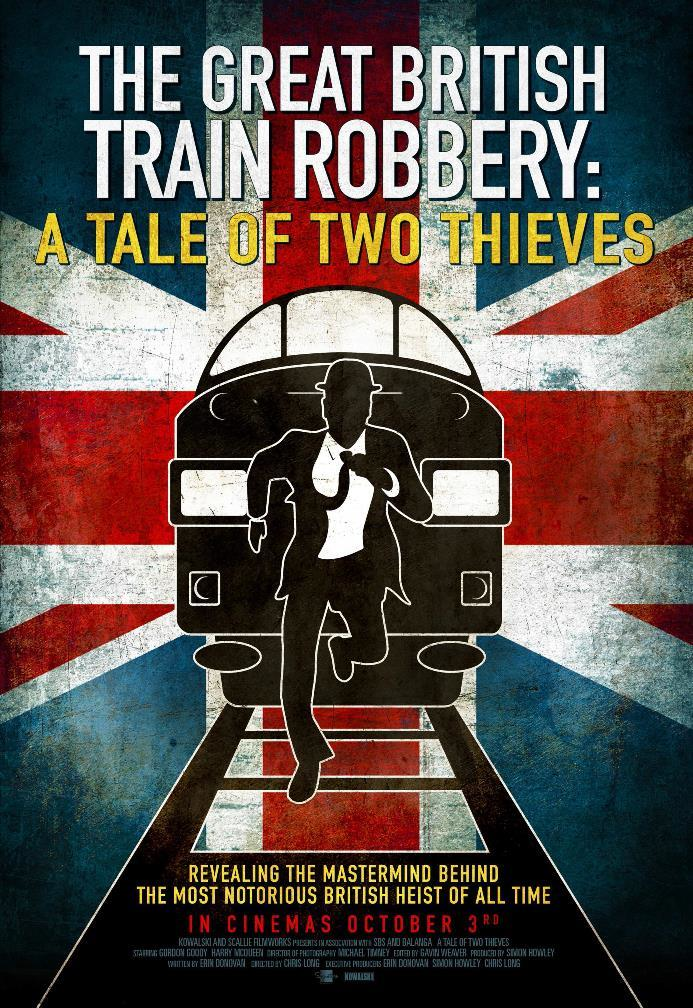 Speaking from his sunny home of Majocar, Southern Spain, where he lives with his attractive young partner, a rather chipper Gordon Goody (85) attempts to ‘shed some light’ on his side of the robbery that netted the equivalent of £45 million in today’s money, from a Postal train at Sears Crossing, Buckinghamshire on 8th August 1963. He reveals that his collaborator Patrick McKenna (The Ulsterman”) was a Catholic postal worker who was never punished for his part in the crime and who died a decade ago leaving very little money (he purportedly left it to the Church). Goody is given a easy ride of things by director Chris Long who fails to prize anything really new from the lanky, dissipated thief who put his capture down to the fact that he “stood out in a crowd” (or, in the words of Paul Whitehouse “I’m a little but werrr, a little bit weyyy. I’m a geezer. I’ll nick anything”). The most interesting part is listening to the findings of erudite private investigator, Ariel Bruce, as she describes profiling McKenna. Goody served a 12-year prison sentence for his part in the robbery and it now looks rather like he is chuckling into his San Miguel beer and possibly all the way to bank as well. Twas ever thus. MT

The Great British Train Robbery: A Tale of Two Thieves is in cinemas on 3 October, on DVD, Blu-ray and Download 6 October
at Amazon.