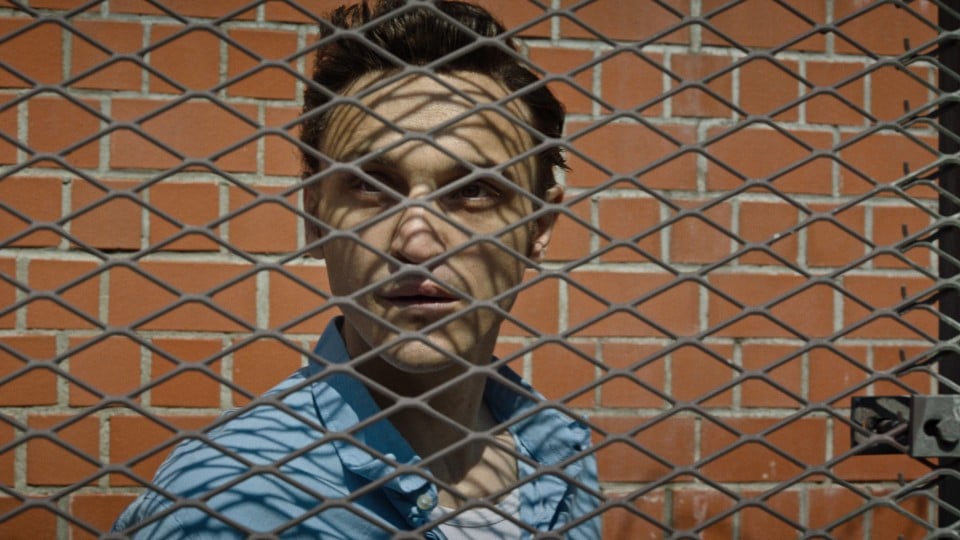 Franz Rogowski is the dynamite that burns through this outré arthouse portrait of illicit homosexuality in post war Berlin from Austrian filmmaker Sebastian Meise.

Arrested for cottaging in the grubby confines of a public lavatory in the claustrophobic early cine-camera scenes he is Hans Hoffmann, a man who will spend the remainder of the film in prison surrounded by murderers and thieves, before homosexuality was decriminalised in 1969.

Meise makes no attempt to make his characters likeable in this sordid slice of social realism but Rogowski always brings an appealing sense of vulnerability that softens the hard edges of this overlong sober prison drama with its flecks of brilliance. The final scene is a memorable masterstroke.

The narrative unfolds across three interlinking timelines seeing Hans in a series of sexual encounters in the same sordid prison where he often finds himself in solitary confinement for doing so. The touchstones are 1945, 1957 and 1968 where he forms a close relationship with homophobe Viktor (Georg Freidrich) who is serving time for murder but whose sexual yearnings are for women, not men.

But Meise plays on the theme of sexual fluidity here in a story that very much explores sex as a physical release as much as an emotional need in a pivotal part of the storyline that leads to the men’s relationship soon developing into a close bond of friendship and reliance that touches on love but never speaks its name.

Hans dabbles in other affairs in the story’s most poignant scenes and here he gives full throttle to his signatory romantic sensuality in a gutsy performance that carries the film through its rather low-key narrative where tighter writing in the middle act could have made this more intense.

Nevertheless this is a nakedly unflinching look at a time when men weren’t allowed to show their love for each other and a worthwhile warts of all expose of the German prison system of the era. MT