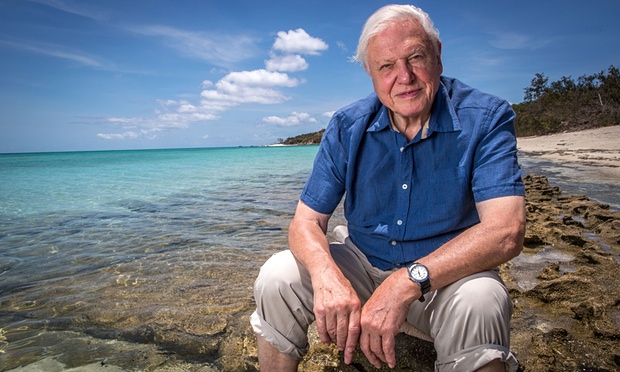 In this three part part series, 88-year old seasoned pro David Attenborough nimbly clambers aboard the Alucia, a 56-metre research and exploration vessel equipped with a state-of-the-art Triton submersible, laboratories and a helicopter, to give us a blindingly brilliant tour of the world’s greatest living structure – the Great Barrier Reef.

The craft gives David a unique perspective of his favourite place on Earth and one of the most remote and previously undiscovered stretches of the Coral Garden, allowing us to enjoy its diversity, characters and complexity. Mesmerising and magnificent, the reef is also home to some of the world’s most fascinating animals and David explores an array of creatures such as the manta ray, the epaulette shark that walks, and the humpback whale that have made the Great Barrier Reef their home. Time-lapse macro cameras also lay bare tiny coral animals that have built the entire Reef. The series also reveals the most magical reproduction event on the planet, the annual coral spawning.

On a darker note, it emerges that the Reef is under threat and has lost almost half its coral since David’s first visit in 1957. David’s journey also takes him to the deepest part of the Reef where no one has ventured before ( in the hi-tech Triton Submersible) to collect corals that may help scientists to better understand this natural wonder of the world. Totally mesmerising – this is a treasure to watch, re-visit and savour. MT

AVAILABLE ON BLU-RAY AND DVD FROM 25 JANUARY 2016 | ATTENBOROUGHSREEF.COM