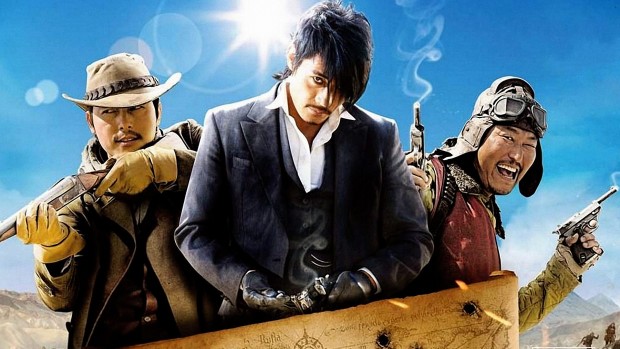 Kim Jee-Woon put all his experience into this rip-roaring ‘Oriental Western’ set in the 1940s Manchurian desert where lawlessness rules and many ethnic groups clash, three Korean men fatefully meet on a train.

Part tribute to Sergio Leone’s wide-angled masterpieces and part historical tribute to the Korean struggle for independence from Japan, it features brilliant set pieces, action scenes, comedy and great performances from Korea’s top acting talent-  it was also one of the most expensive movies in South Korean cinema history. The action unfurls in the vast plains of the East but should we call it an “Eastern”? It’s a style that has really caught on since 2008 and embodies the wacky humour and verve of the Korean spirit combined with Jee-Woon’s masterful technical expertise. The sheer dynamism of this film will blow you away – ridiculous fun!  Meredith Taylor ©