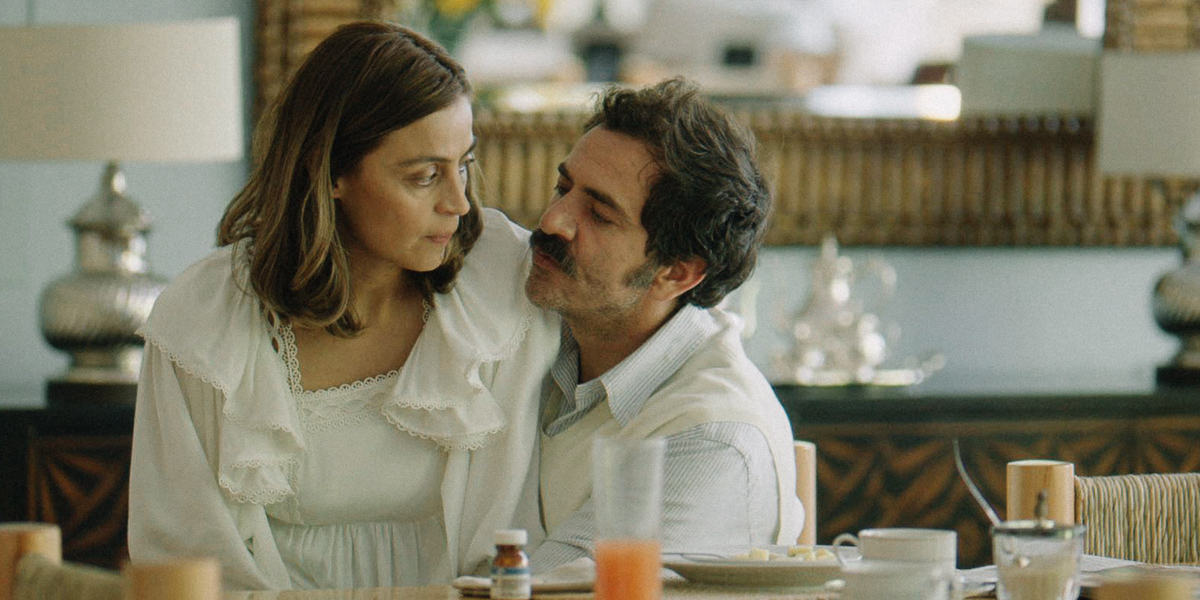 Alejandra Marquez Abella structurally flawed sophomore feature is an anthropologist’s dream: based on characters by Guadelupe Loaeza, a group of bitchy, upper-middle class Mexican wives who fight over the best caterer at the crowning of their entire existence: having Julio Iglesias for dinner. Led on by lead Sofia, the rest are mere cyphers and the episodic structure doesn’t help in keeping viewers engaged for the ninety minutes.

Sofia (Salas), loathes her South-American heritage: and sending her three children off to summer camp, she warns them “don’t hang out with Mexicans”. A European background is really all she and her competitors crave for. Sofia’s parties are real productions, and she seems to have married her husband Fernando (Medina) largely  because of his family’s Spanish heritage. Everything is a competition for Sofia, the smallest detail could lead to a loss of face amid her rivals. But we are in the early Eighties and the Mexican Peso suddenly bottoms out. As Sofia and her circle rely on imported goods, this is a major catastrophe. So when credit cards get refused politely and the servants don’t get paid, doom is imminent. To make matters worse, Sofia’s only real competitor, noveau-riche Ana Paula (Gaitan), is still quids in. Her default-position is resigned acceptance, but with the Peso tumbling further, even this seems to be too much.

Salas is always brilliant, cool and contained, she carries the film as much as she is able to. DoP Daniela Ludlow succeeds in conjuring up this lush environment of petty mini-me’s in meltdown, always keeps everything close and personal, despite the widescreen format. As a chickflick study of vanity and self-deceit this would be brilliant – as a feature it lacks emotional depth and an absorbing dramatic arc. AS