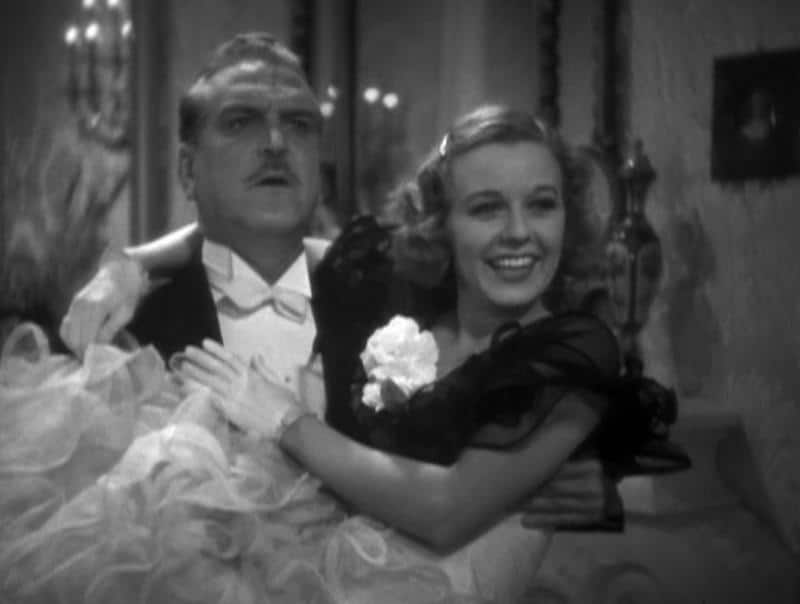 In her short life, the ethereally radiant Margaret Sullavan (1909-1960) did not last the night, but the lovely light she briefly gave is preserved for posterity in charming mementoes such as this. Deeply touching in drama, Sullavan’s best remembered comedy role was in Ernst Lubitsch’s evergreen The Shop Around the Corner (1940), which was the second romantic comedy she made set in Budapest. ‘The Good Fairy’ was the first.

Scripted by Preston Sturges from a play by Ferenc Molnár produced on Broadway in 1931, The Good Fairy would have been a very different film indeed but for the introduction of the strict new Production Code of June 1934 just three months before shooting commenced. Sturges had to keep one step ahead of the film throughout production as he extensively rewrote the script, which has the Hays Office’s fingerprints all over it; as well as a generally disjointed feeling – such as the early disappearance of Alan Hale from the narrative, never to return; and the late appearance of Herbert Marshall, never to leave – and a LOT of talk. The droll film-within-the-film which reduces Ms Sullavan to tears which was added to the script by Sturges is among a number of hints earlier on in the film that we were going to something sharper and more sophisticated than the bowdlerised romcom that we actually get. (The same plot played as drama might have made better use of Ms Sullavan’s talents and made a more interesting film). 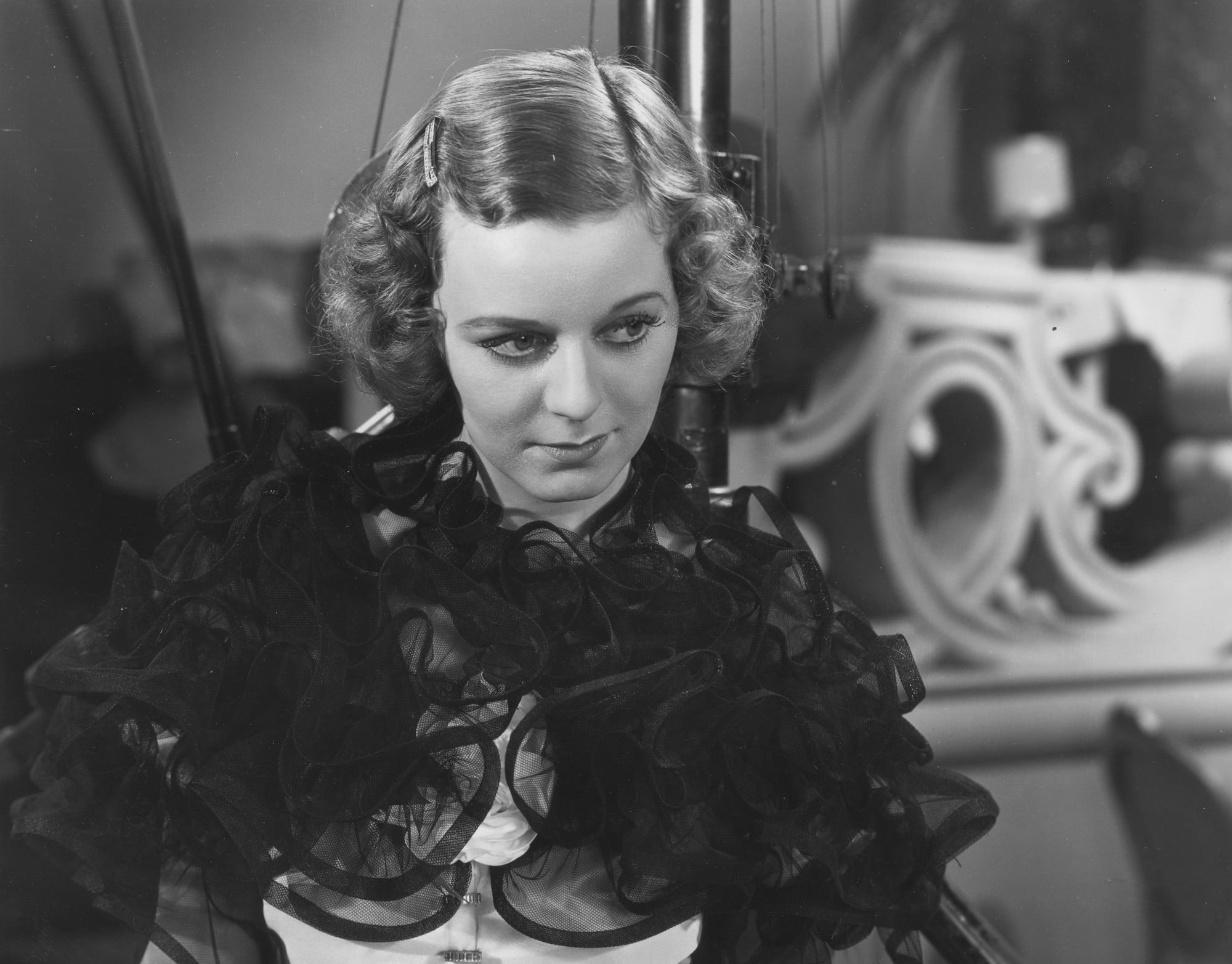 Sullavan plays Luisa Ginglebusher, a charming, accident-prone orphan who is vastly more innocent and unworldly than the sweetly manipulative little vixen played on Broadway by Helen Hayes. Rather bizarrely plucked from the orphanage to become a cinema usherette – for which Luisa is kitted out in a magnificent uniform that looks more like one of Marlene Dietrich’s cast-offs from ‘The Scarlet Empress’ – as Miss Ginglebusher ventures out into the big wicked city, one initially fears for the safety of this seeming cross between Prince Myshkin and a more garrulous version of Chauncey Gardner.

But salvation is at hand in the form of Detlaff, a brusquely kind-hearted waiter played by Reginald Owen; who looks younger than I’m used to seeing him and gives the most engaging performance I’ve ever seen him give (he befriends her while cautiously removing her knife when she reveals to him during dinner that she was released from an asylum that morning, but quietly returns it when it turns out that the asylum was for orphans); and takes it upon himself to protect her from the wolves that prowl the city (an extremely wolfish-looking Cesar Romero puts in a brief appearance as one such).

The film, unfortunately, soon tires of giving us a heroine who’s just a simple working girl (we never actually see where she lives, for example), and is irrevocably derailed by the introduction of Frank Morgan as Konrad – one of those vague, benevolent millionaires encountered so often in Hollywood movies – who agrees to become Sullavan’s sugar daddy without ever suggesting he might eventually be expecting some sugar in return. Ironically, considering he is today principally remembered for later playing the title role in The Wizard of Oz, Morgan actually describes himself at one point as “a wizard” and offers to demonstrate his magic powers to Luisa by pulling out his cheque book to enhance the life of the non-existent husband she has just made up to ward of his advances.

I agree with ‘kyrat’, who said in an earlier IMDb review nearly fifteen years ago that it would have been more fitting to have bestowed Konrad’s windfall upon her own good fairy Detlaff rather than just randomly take a name from the ‘phone book; and the romance that develops between Luisa and the thus gifted Dr. Sporum (Herbert Marshall in a goatee and wing collar) – whose greatest excitement at his sudden good fortune is that he can now afford a proper office pencil-sharpener – seems dictated by Hollywood convention rather than any actual chemistry between them. (Surprise! Surprise! the film ends in a wedding; and I would have liked to have had a better look at the very striking wet-look art deco bridal gown we fleetingly see Ms Sullavan walk down the aisle in just before the end credits.)

As the film progresses Luisa frankly comes across as a bit of a simpleton rather than just a pure simple soul; and the 25 year-old Sullavan is playing a girl nearly ten years younger than her real age surrounded by middle-aged men whose motives all remain impeccably but rather improbably chaste (there’s some supposedly innocent but I found decidedly creepy horseplay in Konrad’s hotel room with him pretending that he’s a mountain lion and Luisa’s a lamb).

But this is all A-grade Hollywood hokum done to a turn by rising young director William Wyler (who ran off with Sullavan to get married in the middle of production), and all very pleasant if you don’t take it too seriously; which I’m sure nobody involved in the production did. Richard Chatten