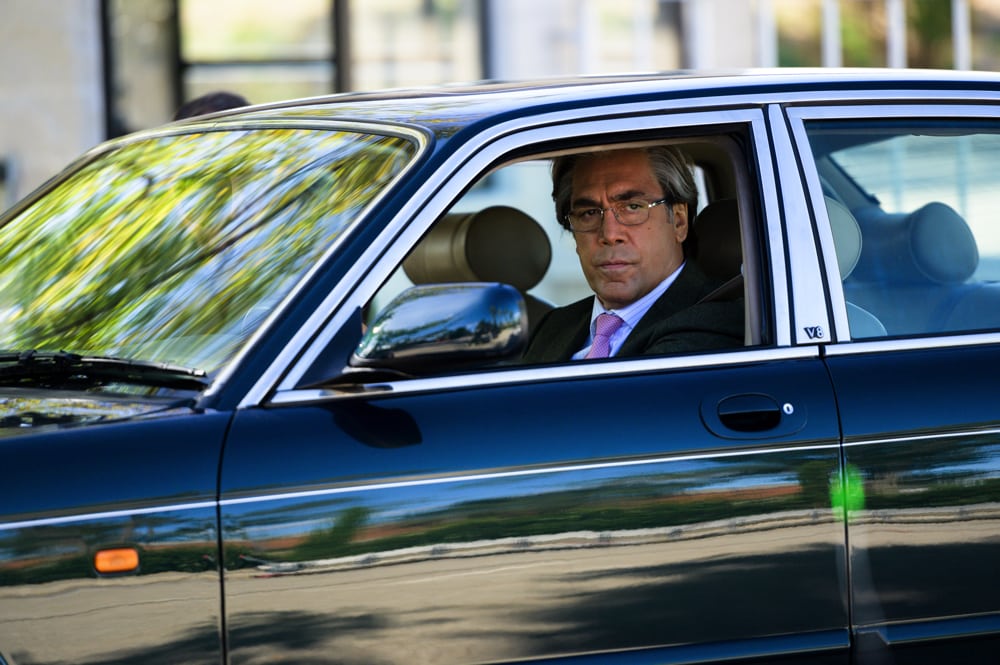 Javier Bardem plays another arch villain in this darkly satirical Spanish arthouse flic which is entertaining up to a point, but doesn’t quite do justice to the serious nature of the material with bland jokes and one-dimensional characters often reducing the narrative to a farce, the many plots and subplots are still left dangling despite the generous running time.

Blanco (Bardem) has inherited a factory from his father, and somehow thinks he owns his employees into the bargain, lording it over them and interfering in their lives at will. The regional council is giving out a prize for the most progressive company and Blanco is keen on the prestige the award confers, and the prize money. His first target is José (de la Fuente), who takes his revenge on being sacked by building a minicamp outside the main gates of the factory where he is joined by his children in chaotic protests. Next in line is production manager Miralles (Solo). The two grew up together and Blanco believes he can sort out Miralles’ marriage rift when his wife decides to play the field. But all he gets for his troubles is a slap in face from the wife, in public. When new intern Liliana (Amor) joins the company Blanco’s luck seems to change. But after a night of passion with Liliana he find out from his long suffering wife Adela (Almarcha) that he looked after Liliana as the baby daughter of some close friends. Blanco ends the relationship unceremoniously, but Liliana teams up with Khaled (Rmli), who has taken over from Miralles’ role as productions manager, leveraging a pay rise and a job as marketing boss in return for not spilling the beans to her parents. So Blanco’s dream of winning the coveted award seems a long way off at this point in the game.

Best known for his breakout hit Loving Pablo, one can see what Spanish director Fernando Leon Aranoa had in mind: a modern version of a Frank Capra movie. But he lacks the finesse of the legendary American director, and even though Bardem makes for a charismatic lead there is no Jimmy Stewart to counter him. DoP Paul Esteve Birba and his handheld camera keep up the tempo in the production scenes, but the domestic stuff with Blanco in different bedrooms is rather old hat. Overall Boss falls between two stools, lacking the ballast to be a populist satire or enough humour and nuance for a modern screwball comedy – but it’s certainly worth a watch. AS