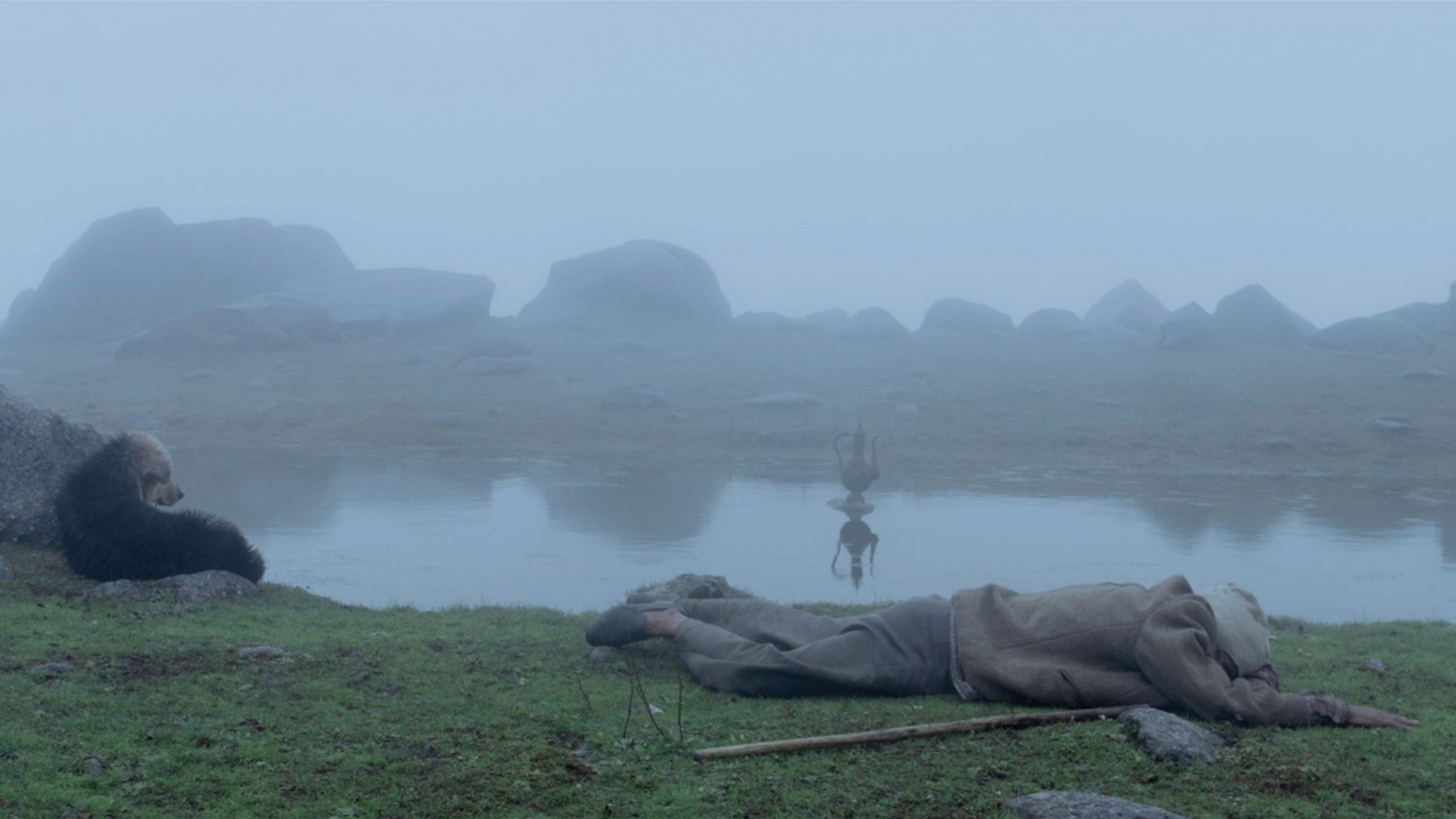 A mysterious “Sacred Mountain” in the Himalayas is the focus of Ridham Janve’s seductive first feature that won the Silver Gateway award at last year’s Mumbai Film Festival and plays here in Rotterdam’s Bright Future Sidebar.

Spiked with subtle humour and an atmospheric ambient score The Gold-Laden Sheep shows him to be a skilful storyteller of a film that works as a realist moral fable, a sinuous thriller and a stylish monochrome nature mystery whose slow-burning narrative is teased out in the stunning visual landscape of the remote Dhauladhar mountain region .

While tending his flock, an old shepherd hears news about a local plane crash and is determined to cash in on the booty, remembering stories of other accidents that have yielded their treasures to the hills. Blinded by greed, he leaves his skiving side-kick to tend the sheep and lambs while he goes in search of the wreckage and – with any luck – the crock of gold. Naturally, things don’t end well for any of them, least of all the lambs.

The cast of newcomers from the Ghaddi community add a convincing feel to this carefully crafted debut that tells through its long takes and fluid camerawork a touching tale about their respect for nature and the holiness of the mountain, which, if disturbed, will change life forever. MT