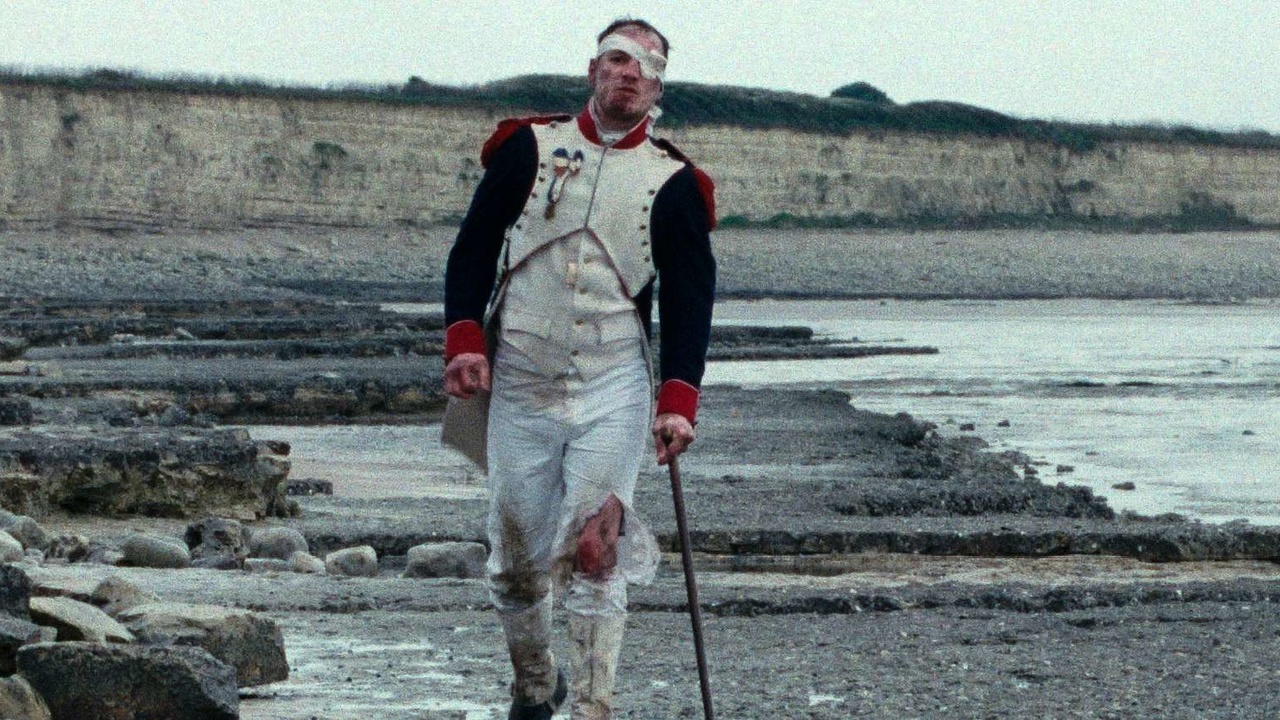 Winner of the Mantarraya award at this year’s Locarno Film festival, Benjamin Crotty’s quirky exploration of everything French is cleverly conceived and inventive, both aesthetically and in its execution. THE GLORIOUS ACCEPTANCE is a social and political satire – somewhere between stand-up and Black Adder – biting and highly entertaining. It makes fun of said Chauvinism, but it also pampers to it. A true original.

Nicolas Chauvin (Manenti), legendary one-eyed farmer-soldier of the Napoleonic Wars, comes back to receive an imaginary award while regaling us with a potted history of his grim and glorious career during an outlandish stage appearance that could have been drawn from the tradition of Roman theatre, or even the alazon of Ancient Greek comedy. We’re then transported back to the place of his purported birth in 1820, the navel port of Rochefort. Derring-do was clearly the done thing for this original chauvinist who displays his excessive and unreasonable patriotism, emerging as quite the hero by bravely jumping off battlements and diving into moats without a by your leave to escape the clutches of a glass-eyed chain-mailed enemy, who later kills Nic’s charming female companion (Caroline Deruas). The two men then fiercely debate Chauvin’s psychological identity – did he repress his Oedipus complex and project his mother’s faults onto others, so creating so his paranoia? Another scene change sees him in a bar where he dallies with his next conquest (Pauline Jacquard): all this after a hymn, however barbed, to everything French, Messi plays football on the big screen. Finally, we are back on the stage where Chauvin thanks everybody from Eurosport to François Holland, bearing in mind the president sold weapons worth 8.3 billion in 2016. The elitist classes know no shame. MT