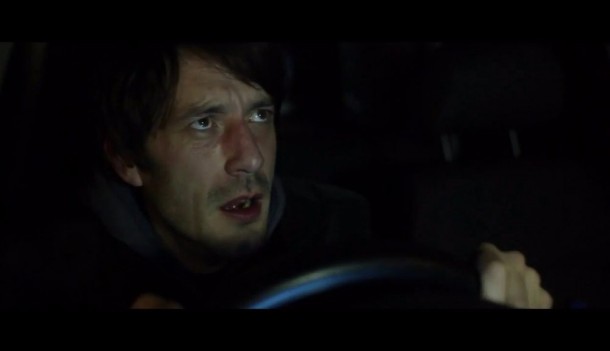 Actor turned director Gareth Tunley’s stylish low budget indie sees a depressed Northern homicide detective (Tom Meeten) arrive in London to investigate a supernatural kind of crime – one where the victims were fatally shot but went on ‘living’. Clearly, he’s not well, but decides to go undercover as a ‘patient’ to investigate a suspect’s psychotherapist Dr Fisher (Niamh Cusack), who chats him through his inner life and probes his dreams.

Chris spends a great deal of his time bumbling around the streets of London to some atmospheric visuals and a suitably doom-laden score, clearly he’s not in a good place. “Is there anyone in your life you have feelings for” asks the lovely and sympathetic Cusack. As a typical middle-aged British male Chris admits to having a tentative thing going with an ex Manchester University friend called Kathleen: she’s actually with his mate, so this is just a smokescreen. But Dr Fisher probes further and Chris feels uncomfortable as the crime investigation fades into the background and he himself becomes the focus of the enigmatic narrative.

As fantasy and reality gradually become one, Chris strikes up an relationship with the suspect that leads to drinks. It turns out that Dr Fisher is transferring both of them to her boss Dr Morland, a rather voluble therapist  who adopts a jovial and imventive approach to his treatment with the opening gambit: “Normal tea or some sort of gay tea” but Chris goes along with it despite his misgivings and the suspect’s warnings that Dr Morland is dangerous. THE GHOUL grows increasingly mysterious as Tunley’s clever narrative has us searching for clues in a mind-boggling psycho thriller with more tricks up its sleeve than we first imagine. MT