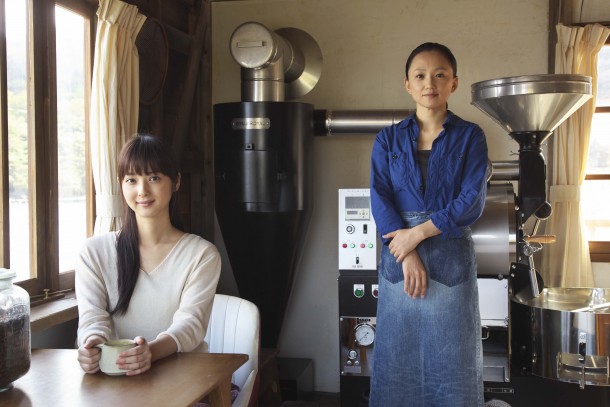 This simple (but never simplistic) film is a story of solidarity between three very different women.

An impressive cast and lively, innovative camerawork make for a moving but never sentimental experience in this contempo Chinese drama, reflecting human nature in all its glorious imperfection. Yoshida Misaki (Nagasaku) finds out that her father has disappeared, feared drowned, leaving her nothing but debts – apart from a boathouse on the Nodo Peninsula (think Lands End). Yoshida’s father has been missing for six years and she has not seen him since her parents divorced thirty years ago. Deciding to await his possible return, she converts the boathouse into a modern coffee shop. Nearby lives the young Eriko (Sasaki), mother of two small children, who is much in need of parenting skills herself, since she neglects her own children. When Eriko’s daughter is (wrongfully) suspected of stealing money at school, we meet her class teacher Megumi, who, like Eriko, is immature and has no idea how install discipline at school. After a terrible incident, Yoshido offers support to Eriko and her children, giving them paid jobs in her shop, and helps to straighten out the young teacher. But when she learns that the missing boat and the corpses of its crew have been found, she leaves in desperation. Left alone, Eriko burns a light in the boathouse each night, looking sadly over the waives. AS