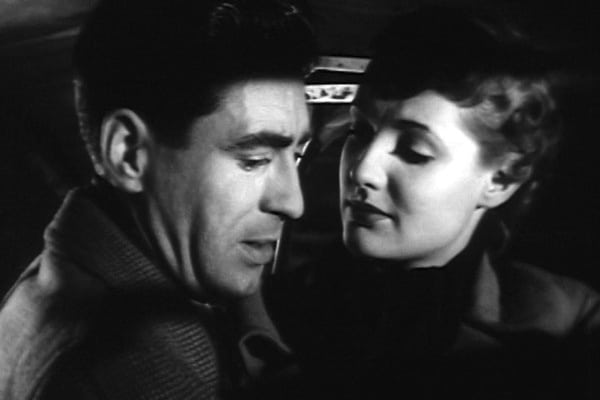 An ultra-noirish cautionary tale (like most Tempean productions superlatively lit by Monty Berman) sternly warning audiences in postwar austerity Britain against the lure of apparently easy money; such as that stands to be acquired from frequent target Hatton Garden in a diamond heist.

Making the most of a meagre budget, John Gilling writes and directs a tighly-plotted and rather unpredicable little heist thriller that sees the profligate Julius Rosselli (Walsh) paying a visit to his adoring, antique shop-owner father (Charles Victor) after being sent down from Oxford University in disgrace. Julius plunders his father’s savings, flirts with the lodger (Murray) and soon falls in with a criminal element in a bid to make money without working for it, in a heist that runs into complications.

The first of two films by Tempean in which Charles Victor played the lead (the second being the title role in The Embezzler) flanked by the usual choice cast many of whom later featured in TV comedy series (Peter Bayliss in ‘The Fenn Street Gang’, Ballard Berkeley in ‘Fawlty Towers’, John Horsley in ‘The Fall and Rise of Reginald Perrin’, Martin Benson in ‘The Hitchhiker’s Guide to the Galaxy’ and Thora Hird and Michael Ward in just about everything else). Richard Chatten.