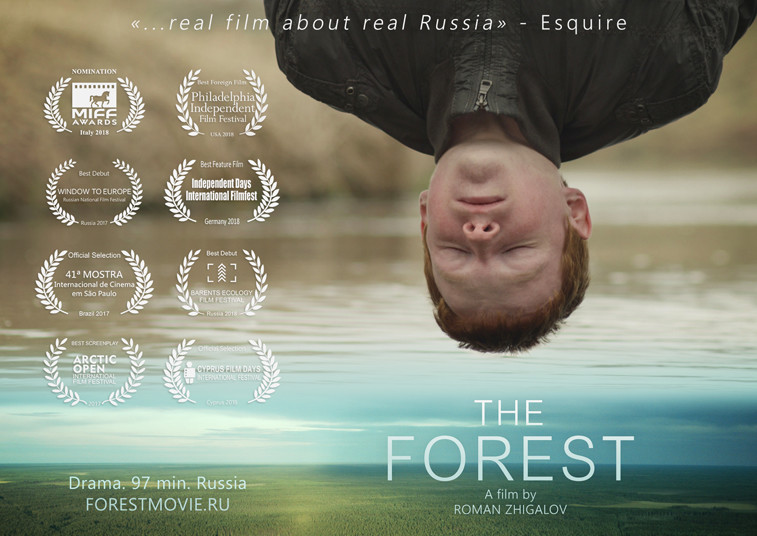 Roman Zhigalov’s feature debut is a glum, violent and dramatic passion play. In a village surrounded by dense forest, murder, rape and arson seem to dominate the troubled community, in a microcosm of Putin’s Russia. This an important portrait of Russian society, despite its over-accentuated sombre realism.

Sixteen-year old Danila (Shibayew) lives with oppressive mother Galina (Avramkova) and brutal father Pasha (Feokzistov). Cut off from society he has a problem adjusting to school life and is bullied for his sullen manners and total lack of interest in girls.

Meanwhile, Pasha lusts after Katya (Rychkova), even promising her to leave his family if she gives in. Katya’s husband Kolka (Malyugin) is an alcoholic with physical and emotional impairments. Little does Pasha know that Danila shares his taste for women and is much more successful than his father in finding favour with Katya. While Pasha are his mates in a battle to prevent the local Mafia buying his sawmill for a knock-down price, one of Danila’s female classmates is gang raped by boys from the district capital, and after Galina surprises her son and Katya in flagrante, she asks her husband to take action. Events eventually spiral out of control in scenes of unrelenting and sometimes graphic, but never gratuitous violence.

Somehow here, society has taken a step backwards, with greed and lust coming to the fore at every opportunity. The local Mafia seems to represent the regime’s semi-criminal mode of government, and their power is much greater than that of the local administration. Pasha is warned – in vain – by the local mayor to sell his sawmill to the mafia: “You remember what happened in 1989 with the land of the kolkhozes”. Violence against women seems to be the norm, men of all ages still see them predominantly as sex objects, to be conquered and discarded at will.