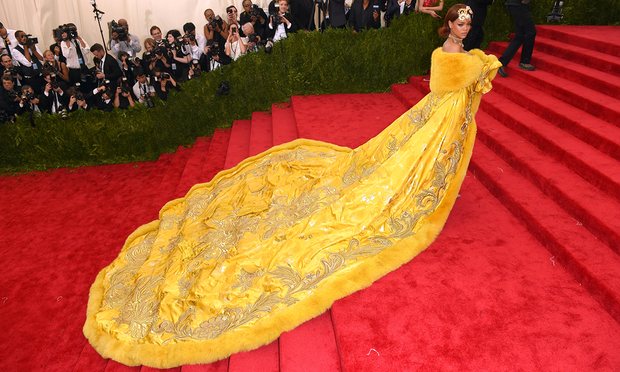 The first Monday of every May is a red letter day for the fashion industry worldwide. From New York, Andrew Rossi’s documentary explores the collaboration between the Metropolitan Museum of Art’s Costume Institute and its annual fundraising event, the Met Gala. He reveals the preparations leading to the evening when the world’s most recognisable figures in fashion, business and entertainment will unite to honour the spectacular 2015 exhibition China: Through the Looking Glass, curated by the Institute’s Andrew Bolton who attempts to unite contemporary and historical fashion with fine art, world history and film. The Met evening has burgeoned into one of the premier events of the New York social calendar since Anna Wintour took over the fundraising as co-chair, raising over USD 12 million for the Institute from this glittering soirée.

Where once only architecture, painting and sculpture were considered ‘art’ by the Met. Nowadays, thanks to Andrew Bolton, whose Alexander McQueen: Savage Beauty exhibition was a breakout success and the eighth most popular show in the Met’s history, fashion has joined the critical list. Laden with concepts and intricate techniques, fashion, and in particular ‘haute couture’, transforms clothing into veritable works of art. This has changed the way art critics view fashion, according to Bolton, who plods around sockless in black lace-up brogues, half-mast trousers and a un-ironed shirt. Clearly the stress is taking its toll on the highly organised, and biddable Lancashire-born art supremo. His intelligent raciness adds a touch of class to the proceedings.

Alongside Bolton, Vogue editor-in-chief and eminence grise, Anna Wintour (Starbucks venti coffee permanently at hand) finesses the guest list, hoping to ‘lose’ a few B list guests, while sternly overseeing the general style of the evening in collaboration with filmmakers Wong Ka Wai and Baz Luhrmann who warn against tainting Chinese heritage with inappropriate influences. John Galliano, Jean-Paul Gaultier and Karl Lagerfeld also offer their opinions and insight into the world of haute couture.

Rossi certainly showcases the event and the exhibition to perfection in his comprehensive documentary that offers compelling viewing for those interested in the world of celebrity and fashion. America’s answer to Baz Bamigboye does some witty compering on the red carpet, buttering up a fur-strewn Rihanna before she unleashes her tribal-style opening song that has the ensemble guest list bopping and writhing to her command: George and Amal Clooney, Kate Hudson, Justin Bieber and Alicia Keys are all their acting their part in this opulent costume drama that feels rather grotesque. MT