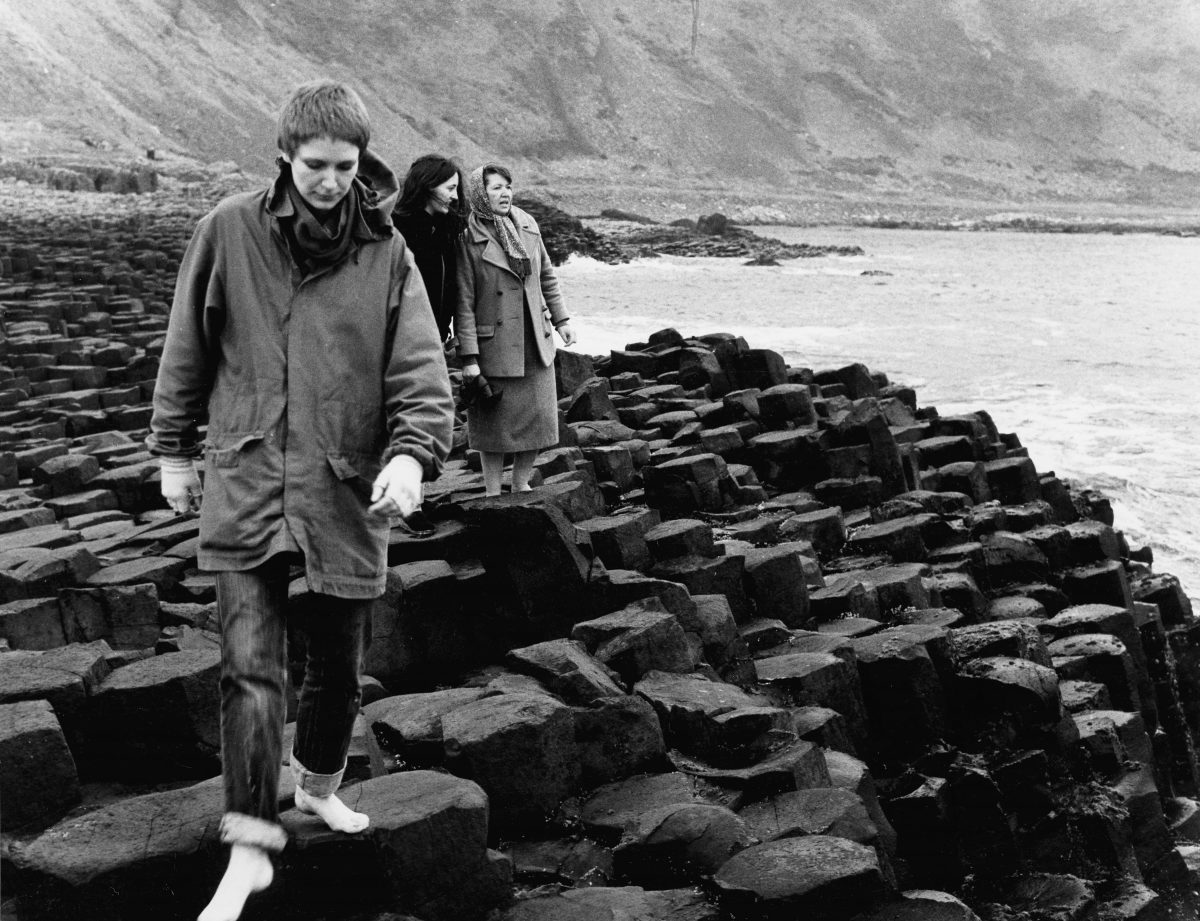 Irish feminist filmmaker Pat Murphy is a unique voice in a male-dominated industry, rather like her titular heroine Maeve. Born in 1958, Pat has so far directed three features: Anne Devlin (1984); Nora (2000) and Tana Bana (2010), and one feature-length documentary. Challenging aesthetically and politically, her debut Maeve is an uncompromising piece of filmmaking with a rather enigmatic storyline.

Set during the ‘Troubles’, twenty-year old Maeve Sweeney (Jackson) has been working in London and goes back to her family home in Belfast for a holiday with her parents, Martin (Mulholland) and Eileen (Kelly), and younger sister Roisin (Brennan). Many of the issues with her boyfriend Liam (Keegan) will be played out to the full during the course of the narrative which jumps between past and the present where we first meet young Maeve in 1980. Feminism is all the rage in London where Maeve has got used to the new sense of freedom. Being back in Ulster with its provincial way of life and traditional attitudes take her back to her upbringing, and not always in a good way. Her sister is extremely conventional, and Liam and her parents keep to their traditional ways, embracing the ongoing Republican struggle. In a key scene, Maeve and Liam are looking down on Belfast from a hill, discussing female liberation and the past. Liam takes a Republican view and does not want to live in a country dominated by British rule. But Maeve disagrees: “You are talking about a false memory… the way you want to remember excludes me, I get remembered out of existence.” To which Liam retorts “But it’s better than living no history at all.”

A family outing does not help Maeve to identify with the Celtic mythology of supremacy, and in a pub she challenges Liam’s hard-core Provisional friends. But everything here is fragmented – her family have had to leave their original home in a Protestant district. But the “Troubles” are very much a part of life: Roisin is stopped after dark by British patrols, telling her sister about a near-rape by an occupying soldier. And the rumbling sound of gunfire is audible most nights.

Murphy tries to unpack her feelings rationally, but she sometimes fails to show how social memory and action are often concealed behind the myths and false memory of the past and present. Maeve’s newly found feminism is at odds with her heritage, and this romanticised struggle for the past is sometimes just an idealised way of returning to the comfort it gave then. It’s a storyline that very much resonates with the UK today, although without the violence.

The director challenges the ‘male gaze’ with a long, non-voyeuristic shot of the naked bodies of Maeve and her sister, inviting the audience to question traditional forms of degrading female bodies as objects of lust. DoP Robert Smith uses light to show the demarcation line between Maeve and the ones she has left behind. Overall Maeve is a very brave undertaking, even though melodrama and political history does not always sit in harmony. But Mary Jackson keeps everything together with a brilliant performance that combines fighting spirit and melancholic recognition of a Northern Irish reality which no longer makes her feel at home, or at ease.

NOW ON MUBI | Blu-ray, iTunes and Amazon Prime and the BFI