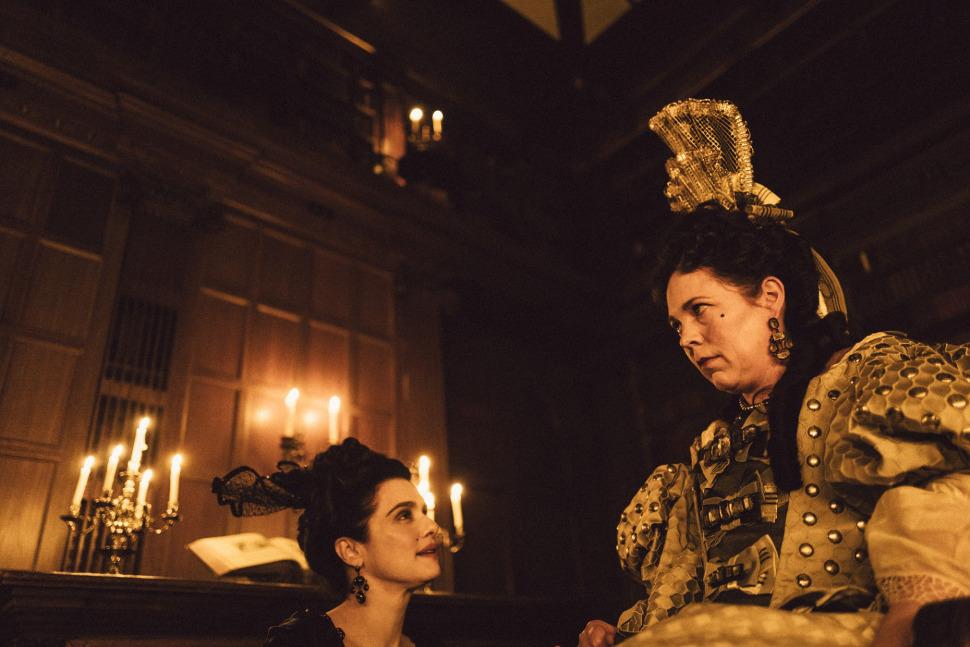 The Favourite is going to be a firm favourite with mainstream audiences and cineastes alike. This latest arthouse drama is the Greek auteur’s first to be written by Deborah Davis and Aussie Tony McNamara who bring their ‘English’ sensibilities to this quixotic Baroque satire that distills the essence of Kubrick, Greenaway and Molière in an irreverent and ravishingly witty metaphor for female treachery.

Set around 1710 during the final moments of Queen Anne’s reign it presents an artful female-centric view of courtly life seen from the unique perspective of three remarkable women, while on the battlefields England is at war with the French. Besides its period setting, The Favourite coins a world with exactly the same credentials as our own Brexit and Trump era.

Sparklingly witty and endlessly amusing this is a film that could play on forever yet still feels fresh and invigorating even after two hours. There is a charming subtlety and lightness of touch that is saucy and arch but never gross or uncouth with its references to Restoration Comedies of the era: Marivaux, Pope and Swift – while feeling completely contemporary and dernier cri.

Twenty years in the making with Lanthimos attached to the project since 2009, The Favourite is based on an original screenplay by Davis developed by Australian writer McNamara and is guilded by luminous performances from Rachel Weisz, Emma Stone amd Olivia Colman (as the Queen). Stone is a distant cousin of Weisz’s Lady Marlborough and comes to the court rather down on her luck and looking for protection. Slowly she weedles her way into the crippled and ailing Queen’s affections in a triumphant trajectory of treachery.

Colman plays Queen Anne (who reigned until 1714) with vulnerability and charisma as a whiny, insecure monarch. The Duke Of Marlborough has just won a crucial battle gainst the French during the War of Spanish Succession. The Whigs are gaining ground against the landowning Tories under Robert Harley (Nicholas Hoult is superb).

The whole affair centres around the battle for power between these three women who are pivotal in the success of life at court and subsequently the country. The sumptuous interiors are shot in candlelight adding intrique and a Gothic frisson to Robbie Ryan’s stunning camerawork, his fish-eye lenses evoking a sense of menace and claustrophobia. Sandy Powell creates some seriously sexy costumes and the glory is topped off with an occasionally discordance original score from Purcell, Handel Vivaldi and British composer Anna Meredith, MT.