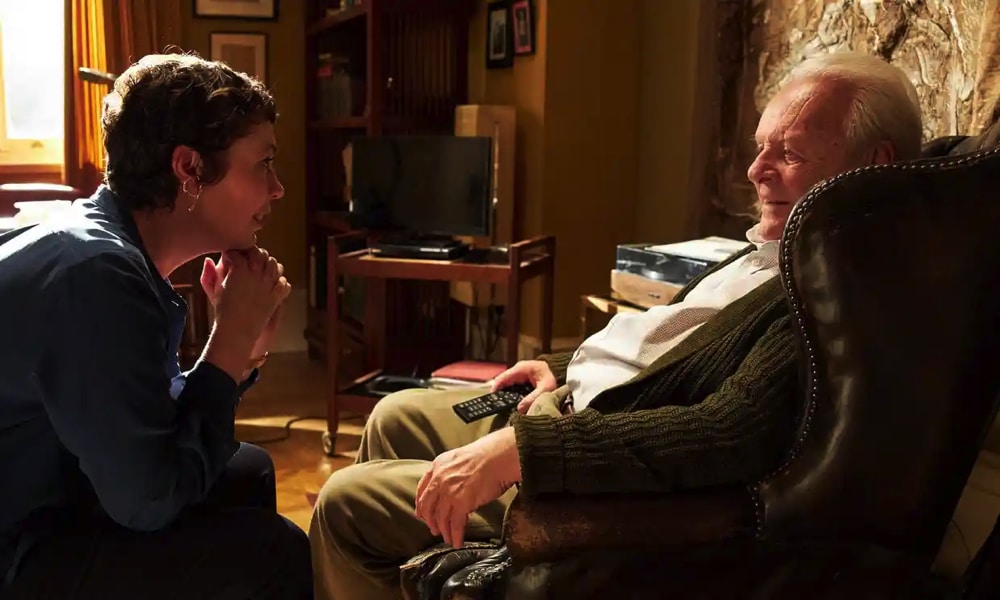 If ever there was a film for now it’s The Father. Dementia has become today’s most dread disease – along with cancer – not least because of its emotive and devastating effects on sufferers and loved ones alike as the personality disintegrates in a frightening and often hurtful way casting a dark shadow on entire families as they struggle to make sense of it all as everything changes.

Based on the acclaimed, award-winning play, The Father starts out with a simple idea based on the situation familiar to many of us. Anne (Olivia Colman) realises her 80-year-old father, Anthony (Anthony Hopkins) is losing his mind but can do nothing to help him. Anthony refuses a carer determined to control his own destiny while exerting an invidious grip on his frustrated and desperate daughter, who is moving to Paris and needs to ensure his wellbeing.

The Father is rather a triumph for director and playwright Florian Zeller who has already won an Oscar for his clever script nailing the anxiety, frustration and sadness surrounding dementia, and the confusion it causes for the sufferer and those affected who increasingly find themselves at odds with each other.

Anthony thinks a conspiracy is playing out as he continues his life ‘as normal’ believing his daughter (Colman) to be overplaying the situation as she becomes increasingly neurotic and overbearing, according to him. One of the features of the disease it that sufferers confuse members of their family, and Olivia Williams steps in to play the ‘other’ person. Meanwhile Anthony suspects (wrongfully) that things are being done behind his back and this all too familiar aspect of dementia often gives rise to a dark humour that Zeller thoughtfully interweaves into the fractured narrative through a series of surprise events and changes adding a bizarre twist to proceedings.

Hopkins pulls this off brilliantly in a totally convincing performance that sways from outrage to pitiful vulnerability building on his reputation as one of the world’s finest actors. Colman too is impressive as she struggles convincingly between anger and deep sadness. A sibling set-to would have added grist to the storyline, so often family members fall out as they are pitted against one another amid stress and confusion in a battle to comply with the sufferer’s need to divide and rule in the descent in mental mayhem. 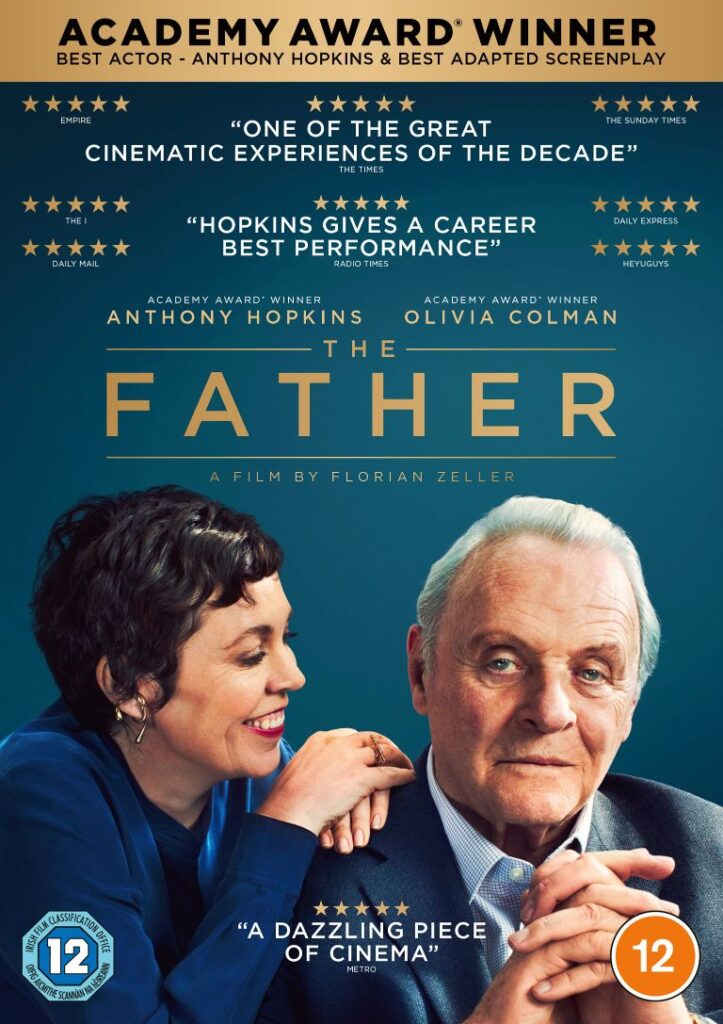 The Father is a difficult film to watch – and it will touch a nerve with so many of us – but Hopkins and Colman deliver their best and that’s all that can be hoped for in the circumstances. MT