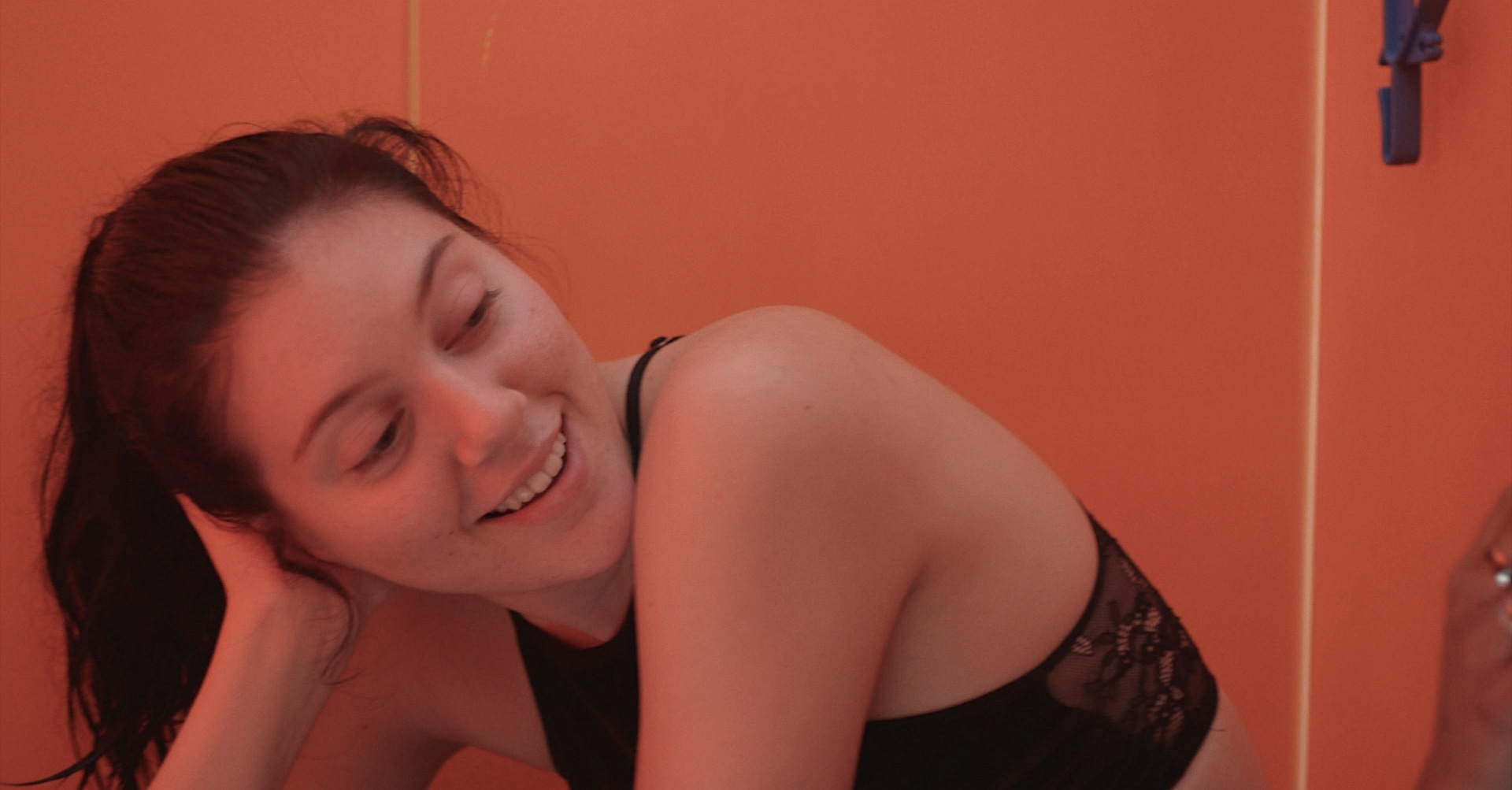 Swiss director/writer Fred Baillif (Tapis Rouge) explores a few weeks in the life of a temporary children’s home, where the most vulnerable receive special care.

Part fiction, part documentary, the stories told by the children aged 10 to 16, belie the home’s statement that this is their ‘new family’. This staff are certainly overwhelmed and overworked so the centre’s manageress Lora becomes the focus of this startling expose. Bailiff sometimes cuts a scene, only to repeat it later with a proper ending. This technique serves to make the audience pay greater attention to the sometimes confusing non-linear narrative, and helps to set up a proper dramatic arc.

We start with a chaotic scene where police arrive at the home in response to an alarm call that one of the residents Audrey (Uldry) had slept with a minor boy, an offence of statutory rape. Lora (Grob) has too justify the incident in front of a panel of panel of superiors. She is defensive, but agrees that going forward, the policy of co-education will cease and the home will only accommodate girls. But she insists: “A children’s home is not a prison”. Novinha (Da costa) is enraged, shouting at the staff: “You are all manipulative bastards. You call the police when something serious happens.”

Audrey is left clearly aggrieved at being reprimanded for sleeping with a more only three months younger than the legal limit, claiming “my pelvis examination has been like a rape too”. There are grievances all round. New arrival Precieuse (Ndayisenga), who has also apparently been raped, by her father. Another girl Justine (Areddy) complains about her childhood memories and resists going back home, after her stay even though both her parents want her back. Later Justine will admit to another girl: “I had a younger sister, Magali, and when my parents went out one evening, I had to look after her. I run a bath for her, put her in the bath tube and went down to make supper, Then I went back upstairs…” Tamra(Tulu) has had her third appeal against deportation refused. Lora more or less asks Tamra to run away and stay with friends. Alison, (Tonsi), and Caroline (Golay), whose father has just died, go out and get drunk and are brought back by the police.

Later, Caroline threatens to commit suicide, knife at the ready. Fortunately Oumar, a staff member talks her out of it. Caroline will be looked after in a psychiatric ward, she has been flirting with male members of staff. Audrey loses her placement job, because she overslept.

But we always return to Lora, who is been told by other members of staff, that “she has come back too early”. Finally her backstory is fleshed out by her own moving confession: her daughter had committed suicide in her late thirties, and naturally this admission will be used against her by the children: “You said, you want to protect us, but you could not even protect your own daughter”. Precieuse’s mother comes to see her daughter, but Lora denies her access, the mother making an insulting, ageist remark to Lora, who slaps her. Not a good move since Lora is White and the mother Black.

Lora then faces another ‘trial’ by her superiors, Precieuse confesses her father never raped her, but that she was sick of doing all the chores, her being too lazy to do any housework. The staff don’t know what to make of this, and an open fight breaks out – not unlike the one witnessed involving the children. Finally, Lora’s whole story unfolds, round the campfire, the kids looking on.,

La Mif makes for very uneasy viewing, it’s a brutal portrait of an institution, and an alarming revelation of a system intended to help the victims of child abuse. But the “helpers” themselves are often from troubled or dysfunctional backgrounds. The result is chaos, and feeds into the children’s own trauma: their carers have too much of their own psychological baggage to be effective in providing a stable environment. DoP Joseph Arreddy’s often handheld camera captures the febrile setting where continuous psychological warfare unfolds between staff and kids in a cauldron of dysfunction. Honest, raw and disturbing Baillif delivers a shocker. AS