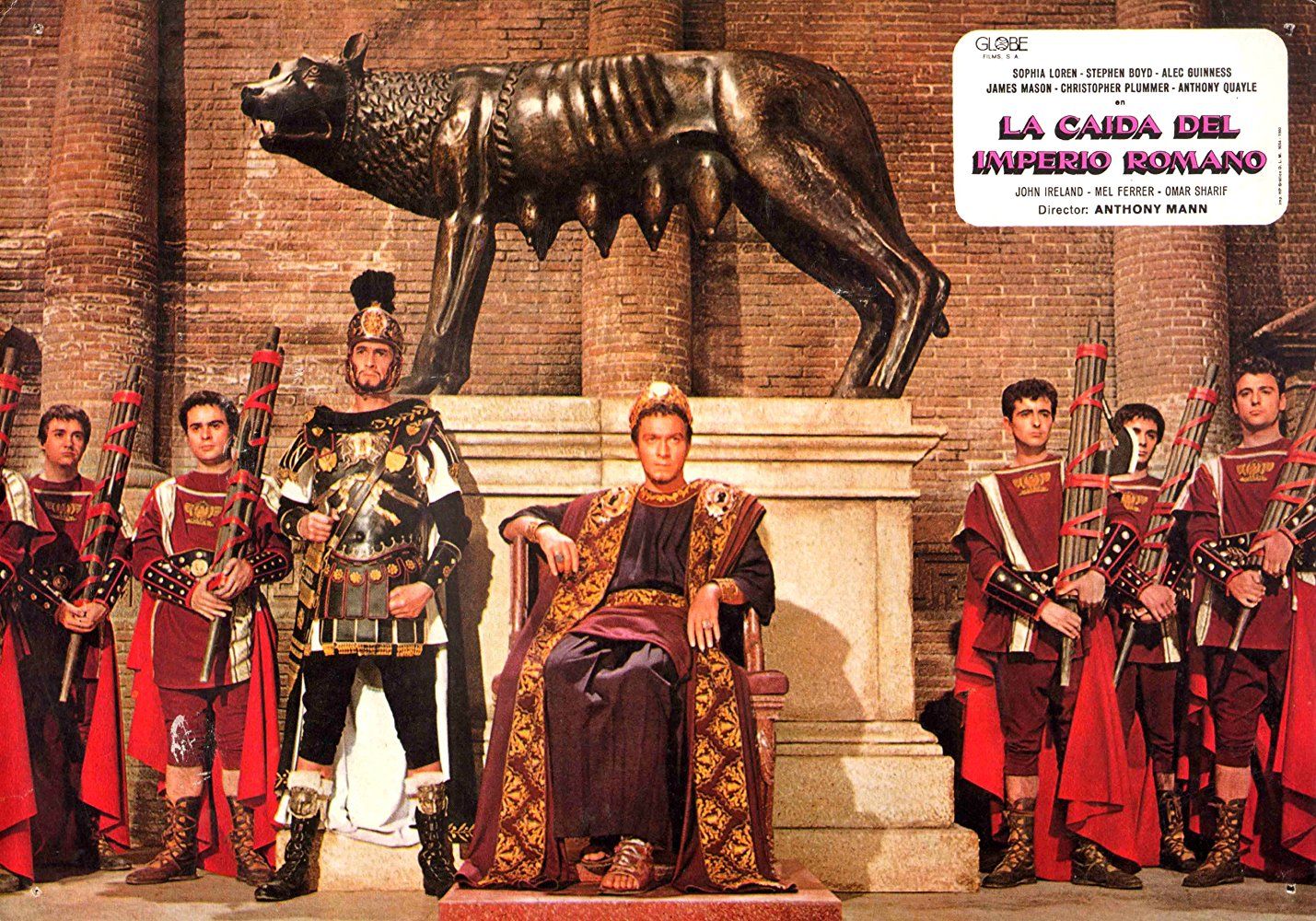 The Fall of the Roman Empire (1964) Prime Video

Samuel Bronston’s answer to Heaven’s Gate is usually dismissed as inferior to El Cid, but The Fall of the Roman Empire still has recent Desert Island Disks castaway Sophia Loren in it (according to George MacDonald Fraser the historical Livia was “a murderous adultress who tried to assassinate her brother”, so maybe Lollobrigida should have played her after all); plus the inevitable Finlay Currie clinching this film’s credentials as a bona fide vintage historical epic. There is also the bonus of Alec Guinness and James Mason.

The late Christopher Plummer meanwhile hit his stride as a screen actor as the seriously mad Emperor Commodus. (He and director Anthony Mann had a such a blast working together they were keen to do another picture together; but Mann sadly died only four years and one and a half films later before that could happen.)

The fact that it was a colossal financial (and critical) flop simply enhances its grandeur and the money is certainly all there up on the screen, with impressively wintry location work shot outside Madrid; while the recreation of the Forum in Rome made it into the ‘Guinness Book of Records’ as the largest set ever built for a movie. (There is none of that fake-looking CGI or wobbly steadicam that ruins 21st Century epics. And what colours!)

Robert Krasker and composer Dimitri Tiomkin both surpassed their work on the previous film, and although like most epics it’s at least an hour too long, Plummer comes into his own in that final lap; his emergence from a giant hand worth of Brigitte Helm flaunting herself in Metropolis and Dietrich shedding a gorilla skin in Blonde Venus. @Richard Chatten