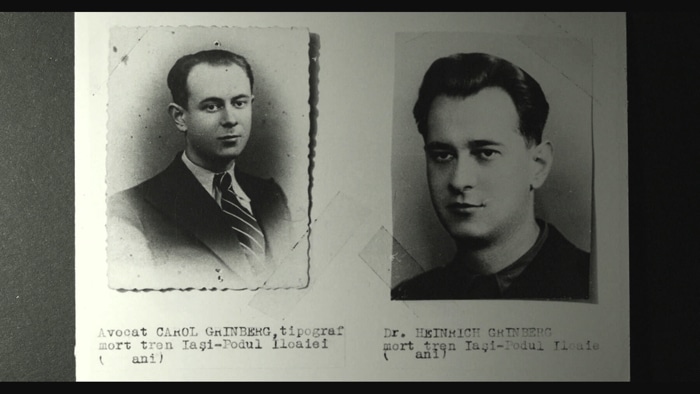 Screening as part of the So Many Stories Left Untold strand in DOCLISBOA’s 18th Edition (14-20 January, 2021), this essay film directed by Radu Jude and first timer Adrian Cioflânca makes use of extensive archive material to reflect on the Romanian genocide of June 26th, 1941, in the town of Iasi, near the Moldovan border. It’s a gruelling testament to man’s inhumanity towards his neighbour, and makes for grim viewing not least for its rather overlong treatment.

The pogrom lasted four days and wiped out most of its  Jewish male population. Although occupying German forces had a hand in the tragedy the main perpetrators were actually locals who looted their Jewish neighbours’ property after killing them.

Jude opts for a similar, minimalistic style to his 2017 essay film Dead Nation  to chronicle this sudden outbreak of wartime ethnic cleansing. Playing out as ‘an exhibition of the dead’, a voice-over commentary by relatives or neighbours of the victims accompanies the grim images. There are also witness reports of the few who survived. The final segment shares an array of photos of the pogrom itself, shown in chronological order.

The heat of that June morning in 1941 was in stark contrast to the chilling events that would unfold in the Eastern Romanian town. Jewish citizens were assembled in front of the police station where they were beaten and kicked, some were shot. Later the perpetrators sent women and children home,  deporting the men in airtight cattle trains (150 per sealed waggon) to Podulloaiei, or Targu Frumos, whence the few survivors were taken to the labour camp of Ialomita.

The witnesses reflect on their next-door neighbours’ role in the genocide, their focus was to steal from the victims, stripping them of their flats, jewellery and money, having already exhorted money for failing to fulfil clemency appeals. Some of the photos are gruesome: particularly the face of a Mr. Lehrer, who was slaughtered right in front of his shop. One women was ordered by the authorities to pay a military duty for her soldier son, even though he had been killed. She was forced to sell her only means of livelihood – a Singer sewing machine. Most of the victims died of asphyxiation: “He died of his injuries and lack of air”. It’s a chilling mantra that resonates with the mass suffering going on today.

Survivors talk about the hours endured with the bodies of the dead or dying, before any escape was possible. The trains were transformed into mortuaries and some of the images are particularly harrowing. Finally, we see a photo of a ‘normal’ passenger train which stopped during the mayhem. It shows the carriages with bodies bundled together, like wood or bricks, before a mass burning – only a few were buried in the Jewish cemetery of Targu Frumos.

The Exit of the Trains is far more than a mere documentary: it is a witness report of how humans suddenly lose their humanity and descend into depravity. What sort of people put petrol into water bottles, then charge inflated prices to revel in the pain and slow death of their captives. AS