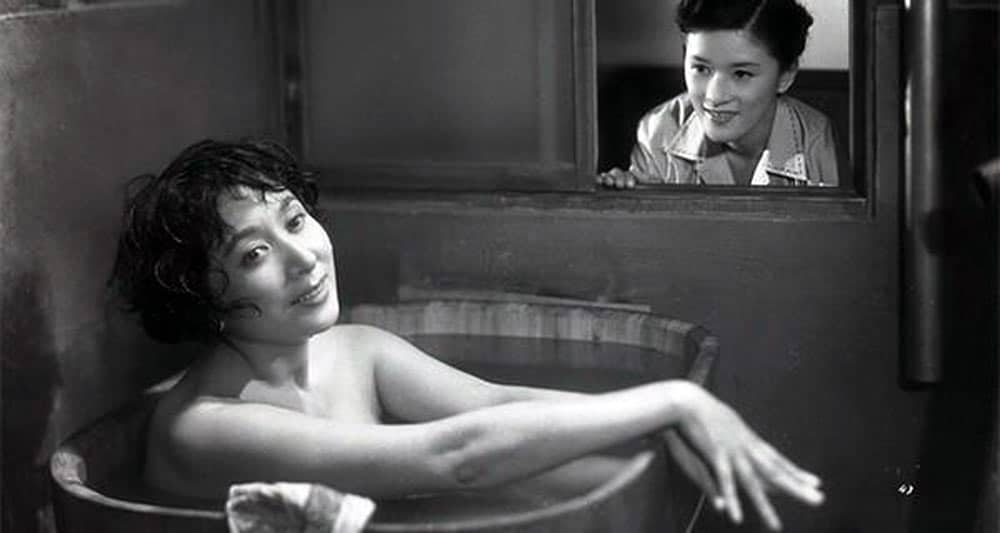 A romantic biopic reminiscent of Magnificent Obsession based on the short life of the Japanese poet Fumiko Nakajō (1922-1954) whose anthology of poems Chibusa sōshitsu (The Removal of Breasts), had been published in July 1954, the month before her death from breast cancer aged 31. The following year a young newspaper journalist, Akira Wakatsuki, who had covered her failing health and visited her in hospital created a stir with a memoir entitled The Eternal Breasts frankly describing her final months and the sexually charged relationship that had developed between them. It became a bestseller and this is the film version.

The interest on the part of one of Japan’s leading film actresses, Kinuyo Tanaka, in directing the film ensured a plush production by Nikkatsu to render the grim subject matter bearable, embellished with rich and atmospheric photography by Kumenobu Fujioka (including attractive exterior scenes shot in Hokkaidō) and an expressive score by Takanobu Saitô.

The plot rather resembles Michael Haneke’s Amour (2012), except that while the mind of Emmanuelle Riva as Anne disintegrates while she at first looks superficially intact (like many in the early stages of dementia), Yumeji Tsukioka as Fumiko retains her wits and paradoxically develops a vigorous external lustre (and lust, where Akira is concerned) that belies the cancer eating away at her from inside. In contrast to the prominence given to Fumiko as the film progresses, the poet with whom Fumiko has secretly been infatuated during the first half of the film dies remarkably suddenly offscreen and is swiftly buried, while Fumiko and the rest of the cast seem more shocked at the vandalism wreaked upon her by her double mastectomy than the sentence of death it anticipates. @Richard Chatten