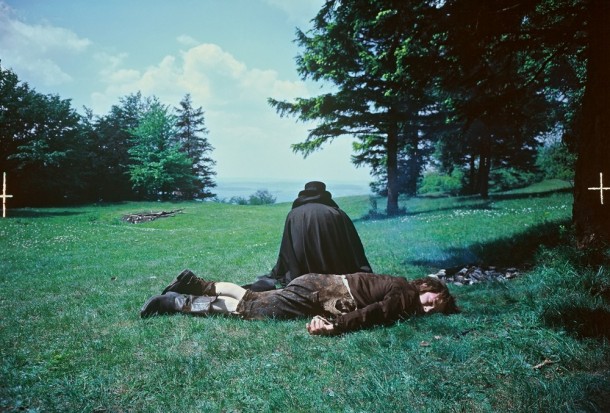 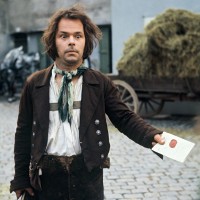 Werner Herzog drifts into visionary territory with film based on the true story of a man who appeared in a town square in Nuremberg in 1828, barely able to talk or walk but carrying a cryptic note to a senior cavalry officer in his outstretched hand.

At the time, It was a case that caused much controversy and Herzog’s poetically pastoral costume drama attempts to recreate early 19th century life in rural Germany with detailed interiors, enchanting scenery and a haunting score featuring the music of Johann Pachelbel and Mozart.

The opening scenes sees newcomer Bruno S as Kaspar grovelling around on the floor of a straw-covered hovel, playing with a toy horse and chomping on crusts of bread.  A cloaked stranger discovers him, hauls him out and, teaching him a few basic words and his name, then abandons him after drafting the letter.  Fortunately for Kaspar, he falls amongst ‘friends’ in an upmarket milieu and is taken in by the wealthy Professor Daumer (a finely-tuned turn from Walter Ladengast) who then begins a process of kindly rehabilition with overtones of ‘Pygmalion’, although obviously far more radical given Kaspar’s mental state. He then becomes the subject of intense curiosity and experimentation by the so-called intelligentsia of the era, who appear equally as disturbed as Kaspar, who then falls under the glare of a visiting English eccentric Lord Stanhope, from whose effete clutches he makes a lucky escape.

But what fascinated Herzog was the purity of Hauser and Bruno S (a non-actor) gives a performance of genuine authenticity as a complete innocent, an open book; untouched by guile, social conditioning, education or influence yet gifted with intuition and animal instinct. Bruno’s distinctive voice and emphatic delivery, due to learning difficulties and a regional accent, contribute to this clearly disturbed but also deeply touching portrait of an outsider who has really suffered and feels desperately disconnected from his fellow man yet finding a deep connection with the animal world. 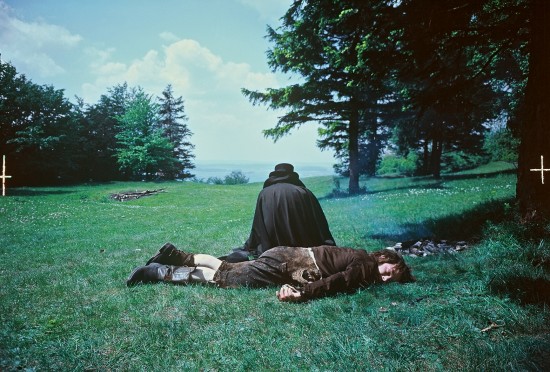 The ending is tragic and unexpected but marks this as a deeply philosophical piece with an enduring message that highlights the treatment of the outsider by the community, and resonates as clearly in the contemporary arena as it did back in the seventies, when it received much critical acclaim.

The Enigma of Kaspar Hauser picked up three awards at Cannes Film Festival in 1975: the Grand Prize, the Jury Prize and the FIPRESCI Prize. Herzog dedicated the film to the memory of Lotte Eisner, a film critc and historian, who encouraged him in his career. MT