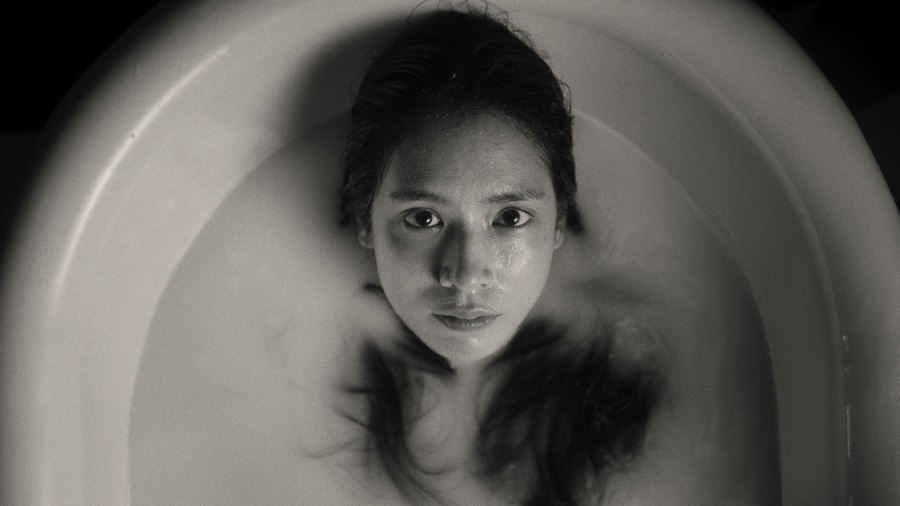 Four decades of political turmoil and violent history unfold in this deeply visual monochrome meditation whose intimate focus is the family tragedy at its core.

A thematically rich feature debut for Thai filmmaker Taiki Sakpisit who has made quite a name for himself as a director of shorts to create an impressive body of work linked to his country’s history. He now takes on a much more ambitious project that traces back to the distant history of his homeland in a film that scratches at the edges of Gothic fantasy taking it roots from reality.

Experimental in nature and strangely beguiling carries with it a palpable tension as turmoil in running high in its Bangkok setting. A prominent government figure is spending his final hours in safety before fleeing into exile. In the chiaroscuro shadows DoP Chananun Chotrungroj’s roving voyeuristic camera alights on a naked body and we are led to believe by the film’s narrator this incident is connected to the family who inhabit a decrepit riverside mansion steeped in a mysterious past.

Days are marked out by silent rituals. Pailin, the mistress of the house, is recovering from a traumatic accident involving her daughter Ploy. Wordlessly moving around in spellbound somnambulant state she is one of the female protagonists with little agency, suppressed by her stultifying surroundings in a story that serves as a metaphor for the suffering of the Thai people who have undergone years of repressive regimes and brutal trauma.

Sakpisit directs with confidence keeping his distance from his mysterious protagonists while maintaining a focus on the females, and evoking a creeping sense of dread with an ominous soundscape to create an artistic response to his country’s legacy of militarisation and impunity.

This is a narrative which very much connects to the global concern that psychosis and traumatic stress disorder can be passed down to later generations into the collective consciousness eventually becoming endemic in the nation’s heart and soul.