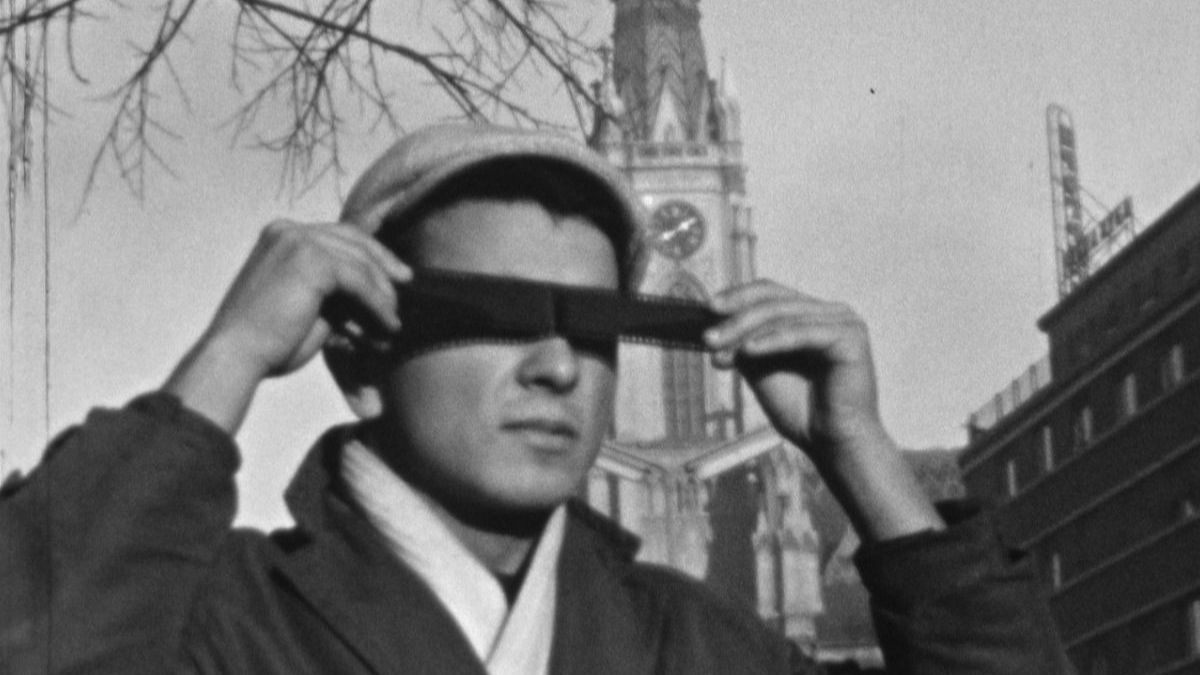 A memoire of war-torn Serbia seems even more relevant in the light of the current Russian invasion of Ukraine. What happened in Yugoslavia is clearly not an isolated case: peace in Europe is much more fragile than we thought.

Natasa Urban – who has now settled in Norway – chronicles her memoire of war-torn Serbia between the two last eclipses, 1960 and 1999. A whole country vanished, being replaced after genocide and war by new states, based purely on ethnic composition – a result only made possible by brutal ethnic cleansing.

For the Yugoslavian-born documentarian, it was a reason to dissociate herself from her country. Serbia was the principal, if not the only, aggressor during the civil wars which cost over one hundred thousand lives, and one million refugees – all in the name of ethnic cleansing. Becoming a filmmaker in 2005 was not enough for Urban, she, like thousands others, left Serbia for exile “not only to change our existence, but to become some other people; this tells a lot about the country we left, and the sate of identity we tried to relinquish”.

ECLIPSE works on two levels: there is her father’s diary, retracing his steps to the  family’s previous homes where, in the end, he loads everything, including the ‘kitchen sink’ on the top of his car and leaves the heavily controlled militia zone. The other strand consists of Urban’s diary of interviews with family and friends in what is now Serbia.

Aunt Branislava has some tales to tell: Neighbour Dara dragged every postman through the door of her house, to do what you’d expect… On a more serious note, Branislava tells stories about militia soldiers who enjoyed killing animals sadistically. And when war broke out, they played football with the heads of their enemies. Slobodan Milosevic still loved violence after being elected president with a two-third’s majority; tanks killed demonstrators on the streets of Belgrade. And after the citizens of Vukovar voted to be part of Croatia in August 1991, Milosevic destroyed the city after a prolonged siege. The same city which had been praised for the high number of marriages between Serbs and Croats.

The clerics of the Serbian Orthodox Church put oil on the flames campaigning for a Greater Serbia: “Wherever there are Serbian graves, there should be Serbian land”. One of Urban’s aunts claims that on the day, the state of Croatia was recognised by the world community: “Good luck to them, if they want it so much”. Her work colleagues got angry, shouting “Fuck you”, you are a Romanian minority, if you are not happy here, go to Romania. This is Serbia.” Even the aunt’s boss remained silent. In Novi Sad, Urban meets a girlfriend whose Croatian father had been beaten up in Vukovar by Serbians, because he was married to a Serbian woman. In the POW camp, both sides beat him up.

Nothing remains any more of the POW camp near Vukovar. People came in 1992 and transported the camp’s bricks to their own dwellings, to build extensions. There was even a weekend army: Bosnian Serbs, the ‘Chetniks’, who came to Bosnia over the weekend to share in the spoils of war. The director’s family meanwhile hiked up the mountains. “When we descended, we learned that Kraiina had fallen”. Natasa’s Dad is still questioning what went on. “I cannot understand why our troops had to kill in Srebenica.” Natasa, could not believe what she heard: “Dad, they killed over 8000 people in two days.” Natasa’s brother Igor never slept during the bombardments. Only when the empty planes returned could he fall asleep. His only link to the outside was the news on TV. But the NATO planes destroyed the nearby TV tower. He begged his parents to let him go to Vukovar, but they refused.

The last chapter is the titular solar eclipse of 11.8.1999. Serbian TV and media had warned the population to stay inside because the solar radiation was particularly harmful during the eclipse. Having planted this paranoia, the streets were deserted and people literally locked themselves in.

DoP Ivan Markovic follows both the travels of father and daughter with clear images of the impressive landscapes, and the citizens’ ruined souls. Natasa is asked by relatives “why couldn’t you say something good about Serbia, like mentioning the beautiful Obedska swamps or the Laguna book store”

Meanwhile, since 2012, Serbia has been ruled by former allies of Milosevic, who died three years before the trial verdict in Den Hague was passed. “This new circle of nationalism stops the painful process of the Serbian public addressing its involvement in the war crimes”. AS