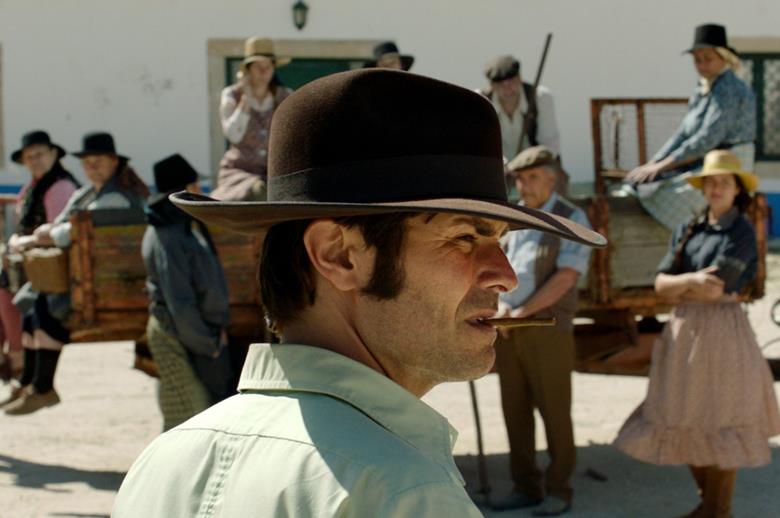 A slow-moving simmering saga that sees a discontented family’s fortunes ebb and flow in a vast estancia on banks of the Tagus where its macho patriarch holds sway challenged by forces from within and without.

Portuguese director Tiago Guedes maintains a masterful control of his three hour narrative. Full of unappealing characters who drink and chain-smoke their way through 45 years of Portuguese history. After opening scene set in 1946 the film gets underway in the wake of the death of statesman and prime minster Salazar who presided over the Estado Novo regime and famously fell off his deck chair in the summer of 1970 after suffering a stroke. This all ushers in Portugal’s ‘Carnation Revolution’ in April 1974, which led to an era of democracy, the film ending in September 1991.

The Domaine lacks the intensity or heft of a Nuri Bilge Ceylan drama so fails to hold our attention for nearly three hours but it is an accomplished work and benefits from the glowering magnetism  of its central character played by Albano Jeronimo who as Joao Fernandes presides over his ‘kingdom’ with a reptilian contempt for everyone around him, except his elegant black stallions and his little son Miquel.

Sandra Faleiro is equally snide as his wife Leonor, whose father is a high-ranking general, and knows she must compete with the other females in her household for her husband’s attentions which generate a hostile climate of competitive breeding amongst the women. Rosa (Ana Vilela da Costa) is one of them and is married to  Joao’s right hand man Joaquim (Miguel Borges) who runs the state.

Another key employee is the Communist tractor driver Leonel. The final act sees Joao greying as power slips between his fingers 1990s section, as 20-something Miguel, played by Joao Pedro Mamede, has become a drug-taking loser in a dismal world that festers in the restless shadows of its former pride. MT