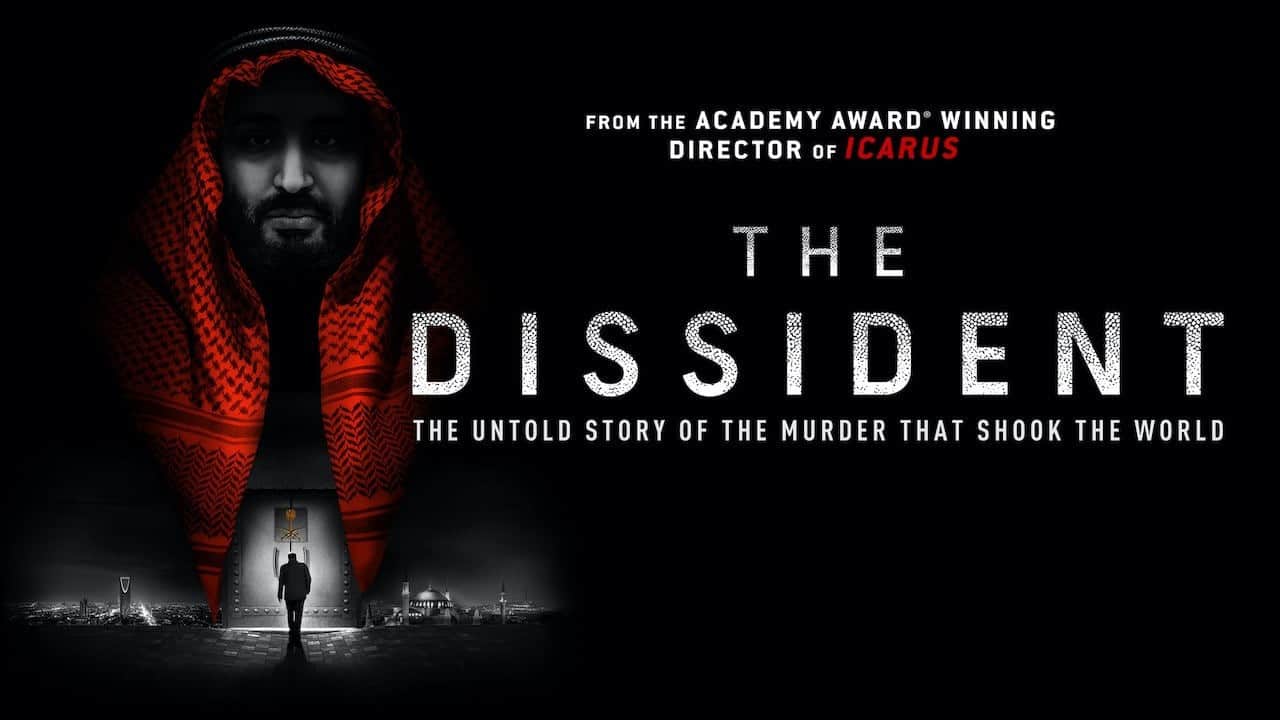 It offers a comprehensive and sobering an account of the execution as one could possibly imagine. Fogel won an Oscar for Icarus (2017), a look into the Russian sports doping scandal, and has now assembled this immersive investigation in an impressively short amount of time; Khashoggi was killed at the Saudi Arabian consulate in Istanbul on October 2, 2018, but one feels no stone was left unturned in researching and conveying the story in grim horror. As the crime famously implicates the Saudi ruling family at the highest levels, there will be a keen interest in this riveting work across the globe.

Anyone who follows world events knows that Khashoggi, a member of the Saudi royal family who had moved to the United States and wrote for The Washington Post, went into the consulate early in the afternoon on the date in question to obtain a marriage licence. But he never came out. The Saudis denied, delayed and dissembled as long as they possibly could, but finally had to admit that Khashoggi had died on the premises. This resulted in great embarrassment for the royal family and diplomatic distancing by many countries, at least for a while. Eventually 11 men were tried in Saudi Arabia, with three acquitted, three others sentenced to prison terms and five given the death penalty.

Fogel’s investigation is vigorous, thorough  and comprehensive. It centres first on one of Khashoggi’s closest friends, fellow dissident Omar Abdulaziz, who lives in Montreal in a state of near paralysing fear of being tracked down by Saudi agents. We then meet Khashoggi’s fiancée, Hatice Cengiz, who waited outside the consulate all afternoon for him to come out. Both of these intimates stand as living testament to their friend’s resolve, the wages of exile and the high anxiety all too plausibly connected with any opposition to the all-powerful ruling authorities.

The Dissident is cut and scored like a dramatic Hollywood thriller, making impressive use of suspense-engendering editing techniques, mystery-building music and other devices to tease out all aspects of the drama, with the entirely reasonable objective of drawing in viewers who might otherwise not readily watch a political documentary. There is absolutely nothing lost with this technique, especially as the film tends to its essential business of revealing the nature of the Saudi regime and its refusal to countenance any dissent.

In a shrewd and discreet way, the film casts a bigger and stronger net as it progresses. References to other comparable events in the Arab world, such as those in Egypt some years before, are useful, as are comments about liberation movements in other countries. It charts the sacrifices made in becoming an outsider in middle life after having so long been an insider in an insular country. And there are extraordinary random sights, such as the crown prince’s commercial-sized private plane being accompanied by six fighter jets flying alongside when he travels.

Building his case as shrewdly as a skilled lawyer, Fogel finally, and shockingly, offers conclusive evidence that Khashoggi was treated like “a sacrificed animal,” cut up with a bone saw after apparently having been suffocated. The deep penetration of the Saudis’ surveillance and, especially, their hacking of private phones and computers, is brought to startling light; it even compromised Jeff Bezos. Especially impressive are the statements by United Nations special rapporteur Agnes Callamard in which she accused the Saudi government of “premeditated extrajudicial killing by high-level authorized agents.”

This is a documentary both tragic and poignant, not to mention maddening – in that only a few acolytes, rather than the perpetrators themselves – will pay for the crime committed in Istanbul. The evidence is all here for the world to see. AS